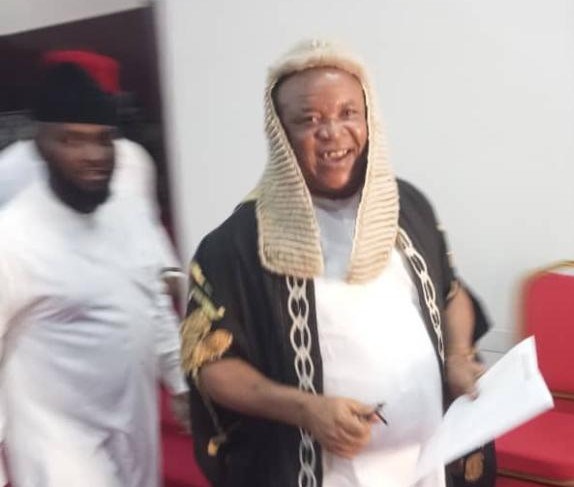 By Onyekachi Eze
Imo State House of Assembly has effected minor changes in the House Rules, by abolishing the long aged tradition of suspending defaulting House Member by two weeks, only.
They replaced it with an indefinite suspension, which can only be called off at the discretion of the House.
The amended sections were Order 11, House Rules 61, 62, 63, which border on the ethics and conducts of a Parliamentarian.
In a substantive motion moved on the floor of the House, yesterday, by the Deputy Speaker IMHA, and Member representing Nwangele State Constituency, Rt. Hon. Amara Chyna Iwuanyanwu, seconded by Hon Uche Ogbuagu of Ikeduru State Constituency, he asked that the affected rules and sections be amended for proper conduct of Honorable members.
The Deputy Speaker while presenting the motion stated that it would instill discipline among them, pointing out that as elected representatives, they are like mirror which people see their reflection.
Rt. Hon. Iwuanyanwu said, by the amendment, any defaulter would be suspended, and relieved of all Legislative duties, until the House in its decision calls back such a member.
It also phased out the two weeks suspension usually mapped out by previous Houses.
Another emphasis made on the amendment, as gathered by Trumpeta Newspaper revealed that Lawmakers are bound to living decent lives, maintaining decorum, and abide by the principle conducts bequeathing of an “Honorable Member”.
Some of the Lawmakers that contributed to the motion said, “There is need to strictly abide by the simple rules and order. House of Assembly Chambers is not a place to flex muscles and power, rather a place to make laws that in turn will benefit the public”.
“The prefix, Honorable is not easy to get, so whoever that gets it should act and behave sane, like one. People are watching us, so I believe this motion came at the right time”.
Fielding questions from House Correspondents, the Committee Chairman on Ethics and Privileges, Member representing Ideato South State Constituency, Hon. Engr. Duru Iheonukara Johnson opined that the motion was concerned on ethical conduct of the House Members.
Hon Duru stated that it is a punitive measure against acts that could be termed “dishonorable”, adding that they should lead by example.
“It will be a misnormal if a House Member conducts himself dishonorably. Two weeks is not enough as a punitive measure. The House Rule has the capacity to relax and Rule that doesn’t go down well to the expectations of the House”, Duru asserted.
The plenary session was presided by the Speaker, Rt. Hon. Paul Emeziem.