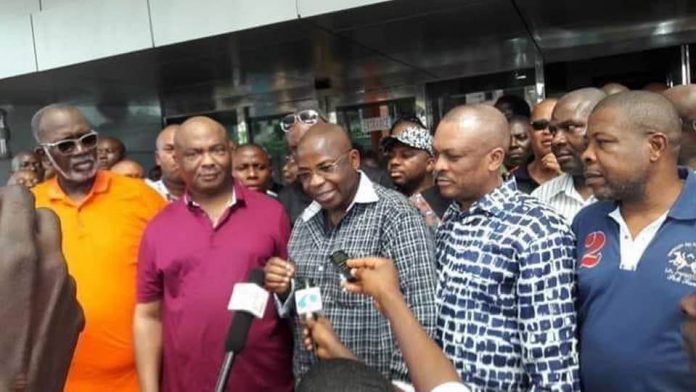 Indications are that a former Governor of Imo State, His Excellency Dr Ikedi Ohakim has finally joined the ruling All Progressive Congress, APC after much romance with the Imo State Governor, Senator Hope Uzodinma.
Ohakim who ruled Imo State between 2007 to 2011, contested the 2019 Imo Governorship election under ACCORD party, which is known as his last political party before the latest move to APC.
Although Ohakim was one of the regular faces in the seven months old administration of Peoples Democratic Party, PDP Government led by Rt Hon Emeka Ihedioha, but it is on record that at no time did Ohakim officially return to PDP, under which he governed Imo State for Four years.
However, the former Governor has not denied or confirmed the latest news, but those close to him said it is true, since the former Governor has made up with his brother and political nemesis, Senator Ifeanyi Araraume, earlier this month when Ohakim stormed the latter’s residence at Ishiebu, Isiala Mbano LGA.
Governor Ikedi Ohakim, a founding member of PDP contested as Deputy Governorship candidate of Alliance for Democracy AD in 2003 Imo Governorship election where he was Senator Hope Uzodinma’s running mate.
In 2007, he attempted to be Governor under PDP, but left the party after his ambition was frustrated, and joined the Peoples Party PPA, where he contested the election and won.
He returned to PDP in 2009, and since then has joined All Progressive Alliance, APGA, ACCORD party and APC.
Sources said that the former Governor registered in his Okohia Ward as a new member of APC, which has now put paid to the rumour that the former Governor would join his former political ally and friend, Senator Hope Uzodinma.