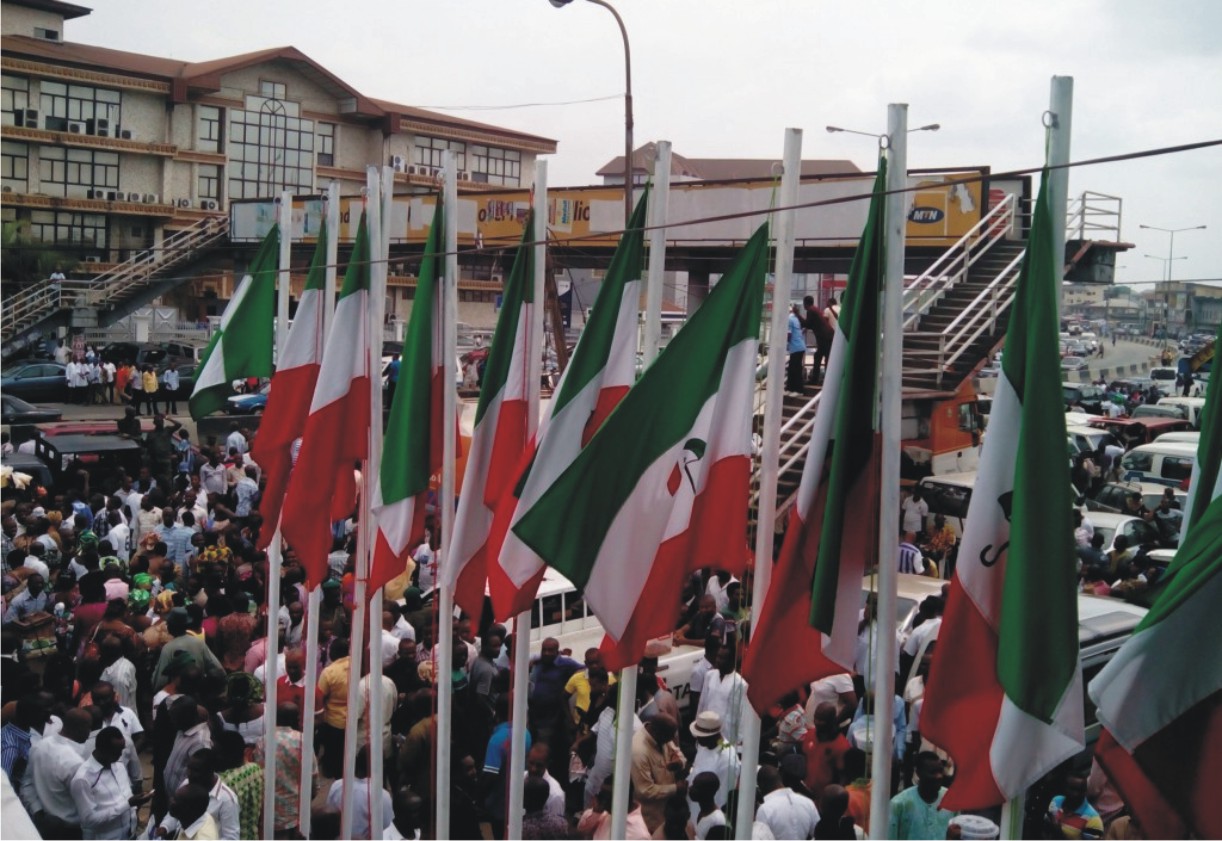 The Peoples Democratic Party, PDP, Imo State has began the search for Chief Emmanuel Iwuanyanwu’s replacement in the Board of Trustee, BoT of the party.
Trumpeta learnt before going to Press, that Iwuanyanwu’s successor would have emerged yesterday as PDP inaugurated new members of its BoT as the party’s Head office Wadata Plaza, Abuja.
It was learnt that PDP is replacing some of the vacant seats in the BoT caused by death or those who have retired from active politics or left PDP for other political parties.
In the case of Chief Emmanuel Iwuanyanwu it was learnt that his tenure has run out as PDP Board of Trustee member, coupled with the fact that the now Statesman decided to pull out from partisan politics.
Trumpeta learnt that those jostling to replace Iwuanyanwu include Nze Ozichukwu Fidelis Chukwu, Chief (Bar) Chris Okewulonu, Rtd Commordor Luke Ochulor, Dr Alex Obi and Senator Sam Daddy Anyanwu.
This Newspaper learnt that following the urgency of the letter from Abuja requesting for replacement of Iwuanyanwu, the exercise to produce the BoT member was carried out through online voting, as Imo PDP members qualified for the voting were contacted.
When Trumpeta made inquires it was disclosed that the exercise was still on with the voting on-going as at the time of going to press.
However, it was not yet clear who would emerge as the story will be clearer today.
Meanwhile, Trumpeta learnt that the PDP BoT is an advisory Body of seasoned politicians, mostly in their old age, who may not contest elections again.
Sources said that this may disqualify Senator Sam Daddy Anyanwu and Chief Chris Okewulonu who are still young men and have a lot to offer Imo State and Nigeria than to be consigned to PDP BoT membership.
But another school of thought said that BoT members also contest elections, citing some Imo sons and daughters who as BoT members of political parties still contested elections.
Senator Sam Daddy Anyanwu was once a Local Government Chairman of Ikeduru LGA, House of Assembly member, Senator and Governorship Aspirant all under PDP. Senator Anyanwu comes from Ikeduru LGA.
Chief Okewulonu was a former House of Assembly member, former Commissioner, Ex-SSG to Imo State and former Chief of Staff, Government House, Owerri.
Okewulonu is from Obowo LGA.
Chief Alex Obi is another political top gun who is in the race.
Alex Obi’s reign as chairman of Imo PDP during the era of Governor Achike Udenwa still remains fresh in the mind of many following the robustness and vibrancy he brought into Party Administration. Obi is from Aboh Mbaise LGA.
He had contested for House of Reps seat, including trying to be Governor of Imo State.
Chief Luke Ochulor is a former Military Governor of Edo State, who has since joined partisan politics. He hails from Ezinihitte Mbaise LGA.
Another Aspirant is Chief Fidelis Ozichukwu who is from Ihitte Uboma LGA.
Chief Ozichukwu was a former Southeast Chairman of the PDP, and raised that position high to the envy of many, such that his Ihitte Uboma abode became a Mecca for aspiring politicians and Heavy Weight politicians across Nigeria.
Meanwhile, Chief Mrs Kema Chikwe, a former Minister, Ambassador, PDP National Woman Leader, Chief Achike Udenwa, two term Governor of Imo State, and His Excellency, Rt Hon Emeka Ihedioha are present members of PDP Board of Trustees from Imo State following the positions they held in the party in the past.