Serious confusion is said to have hit the Education Sector in Imo State since the beginning of last year (2020) January.

Report has it that the N80m released to the Ministry of Education to conduct junior WAEC has hit the rock as nothing positive was achieved. Uptill now the last year’s exam’s result is yet to be released to the students who sat for it.

The students and their parents are now very confused as they cannot determine their faith.

No result to indicate those who passed or failed in the 2020 junior WAEC. Just on Wednesday 17th of November 2021, the Examination Development (EDC) located at old Secretariat Orlu road started the 2021 junior WAEC when the result of the junior WAEC that EDC conducted last year is yet to be released.

Right now, there is no bonfide student in S.S.1 class in Imo. Many other results conducted by the EDC are yet to be released uptil now and this has frustrated students and their parents.

The EDC and Ministry of education have been alleged to have committed fraud in the education system.

For not considering it necessary to release the junior WAEC result conducted since 2020 yet the two Governments establishment went into another Exam with millions of naira coupled with the double registration made by the old and fresh students who sat for the exam.

Because of this confusion now in the Imo State education system, many parents have resolved to take their children out of Imo.

Report revealed that many have gone to private schools since the public schools cannot produce the junior WAEC that was paid for.

Concerned Imolites are now calling on the State Governor to intervene and save the education system before it is too late.

People are now demanding that a panel of enquiry be set up immediately for fact finding.

We gathered that before Senator Hope Uzodinma came into power, those incharge of the junior WAEC allegedly collect over N500m yearly for the conduct of the exam. The governor according to our source reduced the cost to N80m and because of that the mischievous staff and agents of fraud decided to turn things upside down as we gathered. 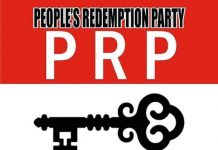