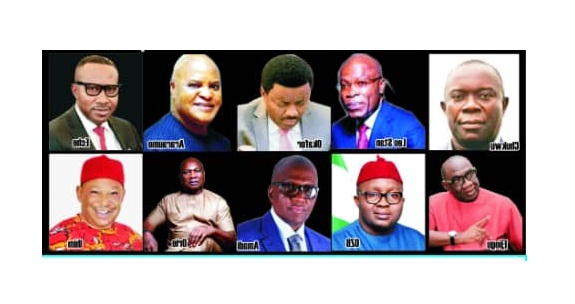 Following the decision of the Imo State government under the administration of Senator Hope Uzodinma to recover some government property and land allegedly converted to private use by certain persons, Trumpeta can reveal that more top shots in the state may lose whatever they have in the Shell Camp Estate if the recovery plot is continued.

It would be recalled that between June and July 2017, the past administration under Rochas Okorocha forcefully removed the Shell Camp Estate, Owerri occupants who were thrown out from their houses. Moments later, different models of houses started sprouting in the land suggesting different persons have bought the land for private uses.

Apparently dissatisfied by the action of the government, those evicted from the land went to court to seek redress which came in their favour as the judge ruled that the decision of Uzodinma was null and void.

However in line with the recommendation for the implementation of the White Paper in Recovery of Government Property, Uzodinma has started the sealing of the Shell Camp Estate with houses in the location affected.

This newspaper had on Tuesday edition reported how the houses of some allies to the governor were involved.

Investigations by the newspaper revealed that it is not only the allies of the governor that are involved as a retinue of top politicians and businessmen from the state have property in the Shell Camp Estate, Owerri they bought during the Okorocha era.

Imo State Government and LC Okoro to court over the manner they were thrown out of the Estate, joining the new buyers of the said Estate lands in the suit.

In a judgment order by Justice KA Ojiako, the court had ruled that the “Plantiffs were entitled to peaceable and undisturbed possession of the developed properties”

But Government of Governor Owelle Rochas Okorocha went ahead to sack the former occupants from the said property, who were mainly aged Lecturers in Alvan Ikoku College of Education, and reallocated the Land to some rich men and politicians who bought the land, without recourse to court ruling.

The court went further and issued an order of Notice of Consequence of disobedience on those now developing new structures on the land, against court ruling.

From the Notice of consequence of Disobedient which this newspaper published on January 18, 2021 the names of the new buyers were included.

Even the lawyer of the displaced landlords KCO Njemanze, SAN, had also went and prayed the court to commit the new occupants to prison for disobeying various court orders requesting them to vacate the Estate for the rightful owners due to the judgment of the High Court, Owerri on May 27, 2019 which declared that government had no right or power to sell. Alleviate, transfer or lease the property, and went further to grant injunction restraining government ownership of the Shell Camp Quarters.