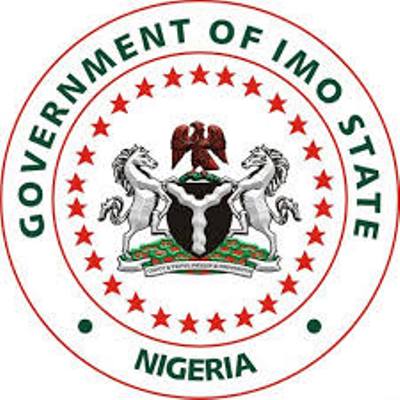 Factors surrounding the signing of the latest Law in Imo State, by the Governor, Senator Hope Uzodimma, have emerged, especially with the roles played by the First Lady, Barr. Chioma Uzodimma.

Uzodimma had on Wednesday, December 15, 2021 signed one of the controversial bills passed by the State Lawmakers into Law.

While criticisms greeted the Law before Uzodimma eventually assented to it, the First Lady has been linked as a key player to its assent.

Although the office of the First Lady had no special designation, that of Imo often times operate through the Ministry of Women Affairs and Vulnerable Groups.

Considering the content of the Law which abrogates rape, and other sexual violence, the First Lady was reportedly in support of the move to end the vices.

Trumpeta Newspaper also gathered that following an increased cases of domestic violence, as well as other gender inequality, may have pushed Mrs Uzodimma into championing the bill down to its passage, to assent.

Unlike other Laws signed, the Governor’s wife seated right beside the “Hubby” while he appended his official seal.

This Newspaper further learnt that as a means of gladdening the wife’s birthday anniversary, Uzodimma had to do the needful on the Law which was passed by the Legislature on July this year.

In his message, the Governor was quoted to have wrote,

“Often times we receive shocking news of domestic violence and other related offenses on citizens and in most cases resulting to physical and emotional trauma against victims.

“Having been domesticated by the Imo State House of Assembly (IMHA) as advocated by the Office of the First Lady, Barr. (Mrs) Chioma Uzodimma, through the State Ministry of Women Affairs and Vulnerable Groups, today I assented to the bill for Violence Against Persons (Prohibition) VAPP now an Act in the Laws of Imo State.

“This was drafted to tackle all sorts of violence against persons especially sexual and gender-based violence. My administration would continually ensure the implementation of policies and programs that would improve on human rights at all times”.