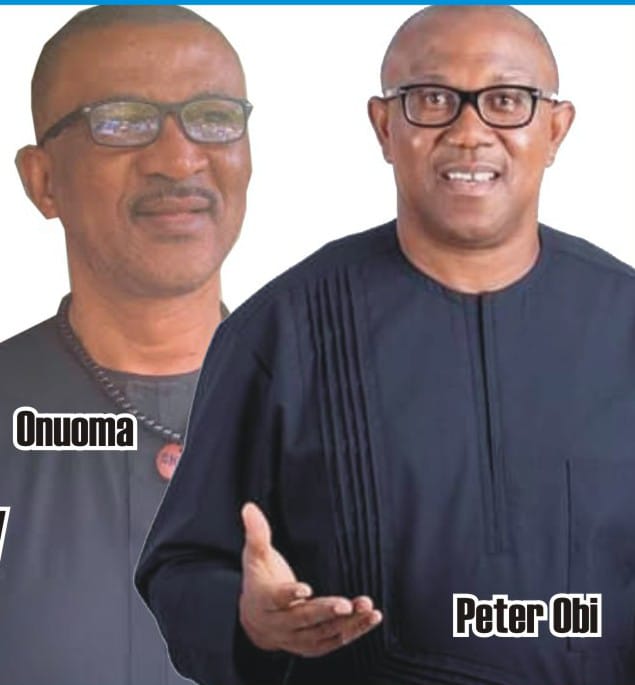 As the 2023 presidential election draws near, a concerned citizen from Imo State, Kenneth Anyika Onuoma, has strongly backed the presidential ambition of former Governor of Anambra State, Peter Obi.

He however pointed out that Igbos are the architects of their political misfortune in the past years, because they have refused to come together and support credible persons such as   Peter Obi who possess the qualities to be Nigeria’s President.

Speaking to newsmen, after The Imo Forum’s convention in Washington DC USA, the National President of the Imo Forum  said,  a Nigerian President of South East extraction is overdue, because all the zones in the country have at one time or the other occupied the Presidency.

Mr. Onuoma added that time has come for other zones to back an Igbo President in the interest of peace, justice, fairplay and equity.

He said anyone against the  quest of Igbo nation  to produce the next President of the country, is anti Igbo or an enemy of the Igbo nation.

Ken Onuoma did not spare Igbo leaders who are also opposed to an Igbo President in 2023.

He said “Any Igboman that is working against an Igbo President in 2023 is a saboteur.

“That person is not an Igbo man. That person needs to redress, because it is abnormal for any Igbo man at this time, not to support the quest by Igbo nation to produce President Buhari’s successor in 2023” he said.

Without sounding tribalistic, he also lambasted other zones who are not backing the emergence of  an Igbo President.

“Presidential aspirants from other zones should quickly abort their ambition and apply common sense by backing an Igbo man for the Presidency” he stated.

The Oru East born  Mr.  Onuoma  insisted that Peter Obi remains the best choice for Igbos for the presidency, considering his track records and antecedents, which  he said even all other aspirants in the race knows.

“Peter Obi is a shining light in Igboland. He is a leader we all respect. His achievements in Anambra State remain memorable and he is a worthy ambassador of Ndi Igbo. He is certainly the right man for the Presidency” he said.

It would be recalled that Kenneth Anyika Onuoma holds the following positions;
National leader of “The Imo Forum” (Nigerian and Diaspora).