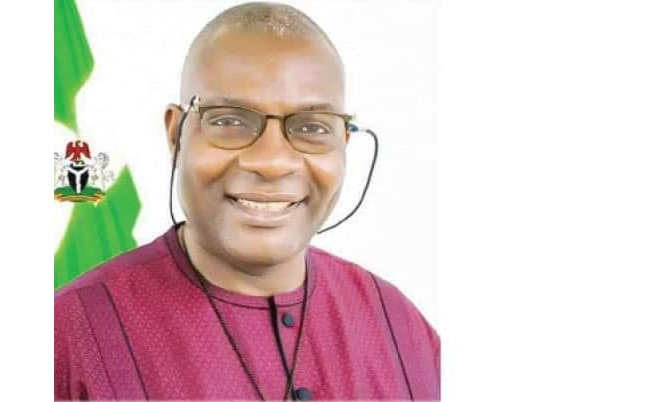 When parents of Rt Hon Goodluck Nanah Opiah, came up with the name of Goodluck for him, they may not have known it was a response to divine inspiration from God as good luck has always shaped his life.

On Tuesday, 21st of June 2022, his name was among the seven names President of Nigeria, His Excellency, Muhammad Buhari sent to the National Assembly for confirmation as Minister of the Federal Republic of Nigeria.

An enigma of a sort, it wasn’t surprising that this new designation came his way because good luck has always followed him.

In this write up, Kelechi Mejuobi undertakes an exposure of the life of a very unassuming personality, quintessential gentleman, political leader of immense value and kind hearted man whose appointment as Minister has been receiving wide applause from all quarters, indicating that President Buhari made a right choice in picking the Ogboru, Abacheke, Egbema born as member of his federal cabinet.

After his birth on October 17th, 1962, Rt. Hon. Goodluck Nanah Opiah began a resounding academic trajectory by attending Abacheke Primary school and later Egbema secondary school, all in Egbema, Ohaji/Egbema LGA of Imo State for primary and post primary education respectively. He later proceeded to the Rivers State University of Science and Technology, Nkpolu, Port-Harcourt, Rivers State where he bagged B.Sc (Hons) in flying courses from the Department of Business Administration.

To pep up his academic profile, Opiah also obtained many post graduate degrees certificates, capacity training workshops both home and abroad in different fields of endeavor including Msc in Corporate Governance from the Leeds Metropolitan University, United Kingdom.

A guru in the business of administration drawn from his academic discipline, Opiah on completion of mandatory one year National Youth Service Corps, (NYSC), in Abia State, gained employment with BEWAC Auto Plc, where he rose to the rank of a manager within a short period of service. Having noticed his unquantifiable and significant contributions to the growth of his community, society and mankind, it became imperative for his people to need his services for the sake of humanity at a time when his constituents were in dire need of a political leadership. There was a clarion call on his person to come and continue to serve the people’s interest in that sector.

With a very rich background in service delivery and determined to provide a missing link in provision of democracy dividends, Opiah joined the murky waters of politics, for the sake of his people.

As if his parents knew challenges would be ahead of him , that also warranted the name, Goodluck”, good luck began to dominate all his exercises in the political hemisphere. In his first attempt after bowing to the patriotic call to serve, Opiah was handed the ticket of the Peoples Democratic Party, (PDP), to run for the Ohaji/Egbema State constituency in 2003. His unchallenged acceptance earned him an overwhelming victory at the polls to become the “Ohaji/Egbema Man” in the House of Assembly.

Expectedly, within Opiah’s four years in the state legislature, his people witnessed a paradigm shift in the area of constituency representation when he entrenched enviable records yet to be broken in the history of Imo State House of Assembly. For the first time, the voice of the oil producing people of Ohaji/Egbema and even sister LGA of Oguta was heard on the floor of the House. Opiah’s superlative performances not only responded to the wishes and aspirations of his people but also erased the endangered species status of Ohaji/Egbema LGA.

Opiah used the instrument of the House to ensure that the abandoned Memorandum of Understanding, (MoU), oil producing communities had with multinational companies operating in his constituency was revived. The seasoned lawmaker went further to institute a historical landmark by single-handedly sponsored a bill for a law creating the Imo State Oil Producing Areas Development Commission, (ISOPADEC), meant to act as an interventionist body to oil producing areas of the state. Opiah’s dexterity saw to the existence of what is today known as “almighty” ISOPADEC; an agency meant to abrogate the 13% derivation fund for the interest of oil producing areas. The story of ISOPADEC can’t be written without enough space reserved for the name of Opiah, as the progenitor.

In response to the popular axiom which states that “reward for good work is more work” Opiah was easily granted another chance to continue his good work for the people of Ohaji/Egbema, in the Imo State House of Assembly when in 2007, he was for the umpteenth time handed the PDP ticket to run for the Assembly seat. The back-to-back grant from his constituents was an eloquent testimony of his rich legislative pedigree.

Opiah’s scintillating performances in the first tenure made his second missionary journey to the hallowed chamber of Imo Assembly a fait accompli. For that record, he benefitted a deserving reward of Speaker of the House position. A post his colleagues found him worthy to be elected because of his immense legislative knowhow and tactical finesse in lawmaking with the attendant managerial skills of the first among equals.

The political stability Imo State witnessed between 2007 and 2011 despite party differences between the executive and legislative arms can be attributed to Opiah’s administrative acumen as the number one lawmaker supervising affairs of a strategic legislative arm of the government. There is no gain saying the fact that Opiah left indelible footprints on the sands of time if the monumental successes recorded during that era were anything to go by.

Since a gold fish has no hiding place and in view of the fact he possesses the magical wand needed to turn around the fortunes of his people and neighbours in the entire Ohaji/Egbema, Oguta, Oru West Federal Constituency, the mantle to spearhead the rediscovery of his federal constituents at the National Assembly fell on him in 2015. It was not surprising that Opiah had an easy ride again to pick the PDP ticket and eventually won as member who represented Ohaji/Egbema, Oguta, Oru West Federal Constituency at the House of Representatives after the general election.

Apparently aware of the onerous task of recapturing his trademark as an apostle of effective representation, Opiah few weeks after inauguration in Abuja quickly drew the attention of the Federal, State and concerned authorities to the plight of some areas in his constituency afflicted by environmental pollution arising from gas explosion at an oil producing facility of a multinational firm operating in nearby Rivers State. Opiah has also intervened in the inglorious cult war ravaging some parts of Ohaji/Egbema. His efforts paid off handsomely following a truce he brokered among the warring factions. His achievements at the Green Chamber of the National Assembly may need more pages to make public as he was among the first eleven in the House of Reps during his time who delivered in presentation of Bills and Motions, oversight and constituency representation. Till date, the people of Ohaji/Egbema, Oguta and Oru West Federal Constituency still relish his service delivery due to quantum of projects attracted, people oriented Bills and Motions including laudable empowerment programs.

A conspiracy of a sort by nay sayers to quality representation stopped his second term in the House of Reps in 2019, after he alongside other progressives in Imo State Chapter of the PDP, including the governor of the State, His Excellency, Senator Hope Uzodimma, left to APC before the 2019 election.

Good luck however smiled his way again when Uzodimma became Imo State Governor in 2020. Realizing his importance in human management and deep rooted knowledge of oil and gas politics, Uzodimma graciously beckoned him to serve the Imo State Government as Coordinator and Special Adviser to the Governor on Petroleum and Gas Matters, a position he devoted strength and wisdom to coordinate to the admiration of all. Apparently satisfied with his style and perfect execution of duties assigned to him, governor Uzodimma didn’t hesitate to make him Commissioner for Petroleum in the state, a position he held before throwing his hat into the ring for the Imo West Senatorial District contest for the 2023 election. Armed with the needed sophistry in the lawmaking art, the general crusade in Orlu zone was for Opiah to be their man in the senate. For the interest of the party and as a loyal member, Opiah bowed to the wish of the party and graciously withdrew from the race before the appointment from the President as Ministerial Nominee.

Happily married with children and a practicing Christian. Opiah is a renowned Chief with varieties of titles ranging from Ugwumba, Ikeoha, Chidera etc. The new minister designate has in his kitty several local and international awards including the famous Yshak Rabin Honourary Award for Peace and Development Initiatives received in far away Yshak Rabin International Centre in Tel Aviv, Isreal.