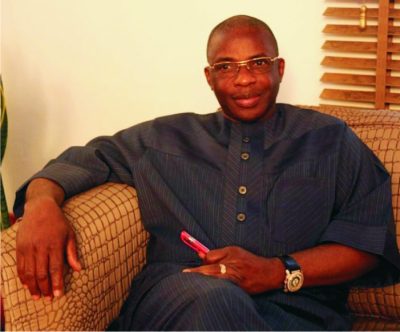 The Former governor of Imo State, Ikedi Ohakim, has played down fear of probe over Governor Emeka Ihedioha’s decision to probe the award of contracts and land deals during his administration as well as those of Achike Udenwa and Rochas Okorocha.

Ohakim who stated this while fielding question from newsmen in Owerri recently enjoined the governor to go ahead with the probe saying the probe was a welcome development and that he had “no skeleton in the cupboard.”

He said,”Only the guilty is afraid and he’s not guilty of any wrongdoing.

The former governor said the probe would also help to set the record straight and help the new administration start on a good footing.

He added that it should not be considered a witch- hunt but a programme that would address injustices.

Ohakim stated that he did not allocate a plot of land to himself while he served the state as governor between 2007 and 2011.

The ex- governor said, “Anybody with nothing to hide should welcome the idea of a probe. It would be irrelevant and a waste of time probing the Chief Achike Udenwa regime but very logical to probe my administration as well as that of my successor, Owelle Rochas Okorocha.

“For me, it shows there is no witch-hunt and it’s just the government trying to set the record straight and understand where to work from as far as land matters are concerned in Imo State.”

He said he had repeatedly challenged accusers to show him any plot of land he allocated to himself while serving as governor, adding that he still lived in a three -bedroom bungalow which he had as a commissioner during the era of the late Chief Evan Enwerem in 1993.

“The Ihedioha probe panel is a response to calls from many corners of the state to investigate allegations of land grabbing and illegal allotment of land to individuals by the immediate past administration in the state,” Ohakim said.

Ohakim said he would make himself available to the probe panel, should it require his presence, adding that the probe would help the state.

Meanwhile, the governor of Imo State, Emeka Ihedioha , on Wednesday , said his predecessor , Senator Rochas Okorocha, was intimidated by his success story .

Ihedioha, in a statement by his Chief Press Secretary , Chibuike Onyeukwu , accused Okorocha of running the state aground .

The governor said Okorocha was only criticizing him in the media to “shore up his image.”

Ihedioha said , “We are not also surprised that the former governor , who recently made statements to the EFCC on how he ruined the state , could make public claims that his government spent N200 m for the monthly clean -up exercise in Owerri alone , to justify the humongous corruption that ravaged his government .

“If Chief Okorocha was spending N 200 m every four weeks on a monthly environmental sanitation exercise, it means that he has more questions to answer, especially for the fact that Imo State was an environmental disaster for the period he was governor, necessitating the recent declaration of a state of emergency on the environment by the Ihedioha administration.”

According to Ihedioha , Okorocha should stop grandstanding , show remorse and apologize for eight years of bad governance.