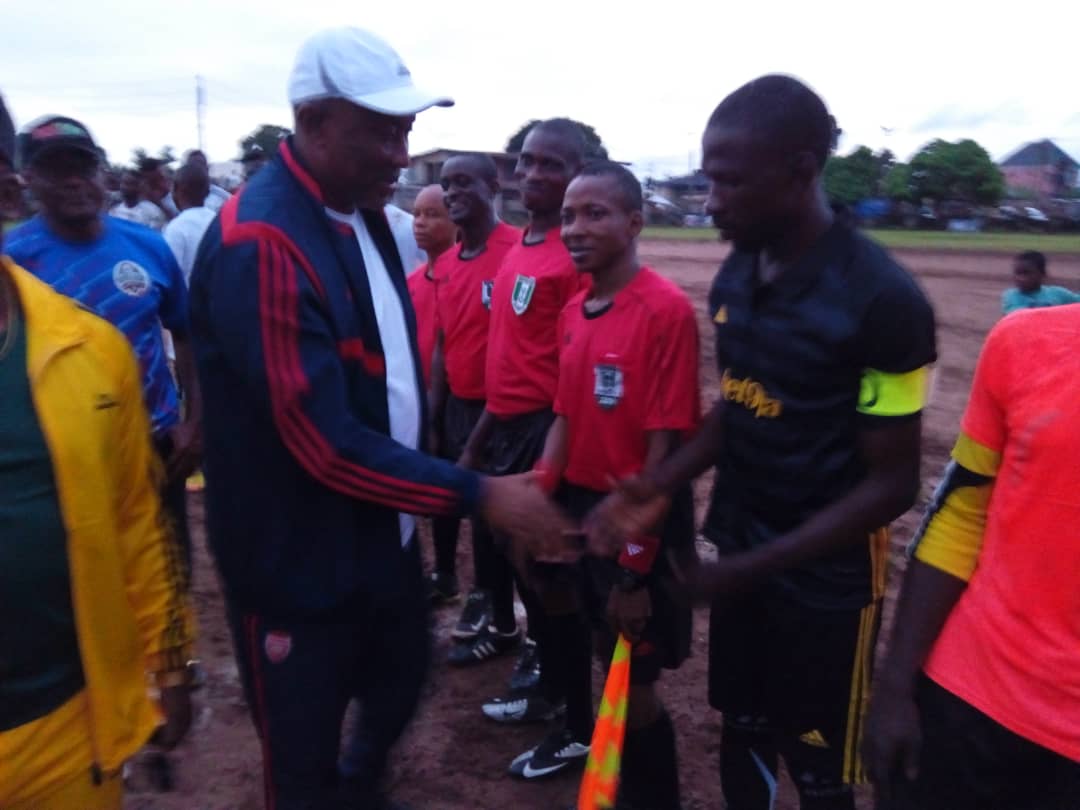 The Secretary of the State Government of Imo, Chief (Barr) Uche Onyeagocha has extolled Bet9ja betting company for using sports to take youths off the street.
The SSG who made this commended the sport betting company during the opening ceremony of the Bet9ja Imo Super League at Orji Primary School field in Owerri North LGA on Sunday pointed out that such programme fits into the plans of the ‘Rebuild Imo’ government of Rt Hon Emeka Ihedioha.
He expressed that the government’s desire to see Imo youth develop into wonderful stars and become great in the sporting world like Kanu Nwankwo, Jay Jay Okocha among many others.
While commending the two teams who engaged each other in the opening encounter, Jesus Stars FC and Zion FC for exhibiting quality skill and determination during the game which ended goalless, the SSG urged the players to always play in a friendly manner charging them against social vices and assured that the government is determined to created enabling environment for sports to strive again even better.
In his remark, the Grand Master Super Agent of Bet9ija, Mr Obinna Smart said his company is always more than determined to work with the people and to reward them for their passion.
He encouraged the players to play with the spirit of fair play assuring them that more is still in the kitty of Bet9ja as their scouts who will be visiting the various centers for the competition in the days to come will aim at taking talented players to their club in Portugal, FC Farense as well as their local team, Remo Stars FC which currently plays in the Nigeria National League NNL.