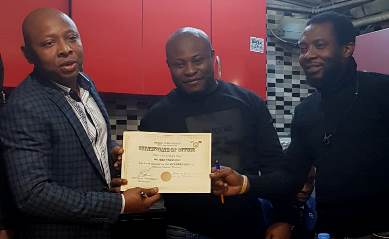 The inaugural ceremony which was held on Sunday 1st December, 2019 at their annual end of year general meeting witnessed Mbaise sons and daughters resident in Turkey grace the event.

In an address, the ex-President of the group, Mr. Chukwuemeka Akanezi who gave a brief history of how they all started noted that the sole aim of gathering Umu-Mbaise monthly was to foster unity and progress among members resident in Turkey.

During the official inauguration rites, Mr. Akanezi enumerated the giant stride he achieved during his reign in office and urged the new executive to live up to their responsibilities as he thanked Mbaise Community Turkey for the opportunity to serve.

Speaking on behalf of the new executive, the President of Mbaise Community Turkey, Hon. Ohanaga Chinomso extolled the ex-President, Mr. Chukwuemeka Akanezi for his leadership and fatherly role, he describing him as the pillar of the community in Turkey and promised to continue in the good works.

Hon. Chinomso who called for members continuous support admonished the new executive to be steadfast in discharging their duties as he promised an all-inclusive, transparent administration which he said will cater for the welfare of all members.

He went further to assure Mbaise Union in Turkey that his reign will partner with Governor Emeka Ihedioha’s led government in rebuilding Imo state as he thanked members for the opportunity to serve.

High point of the event was the certificate of return presented to the new executive by chairman of the electoral committee Mr. Samuel Anyanwu and his members. 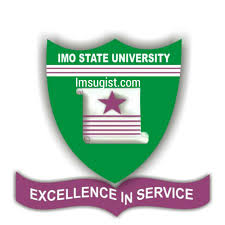 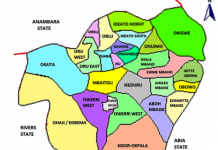 Quality, Others laud Uzodinma over Appointments in Ihitte/Uboma, Says no mass revolt underway