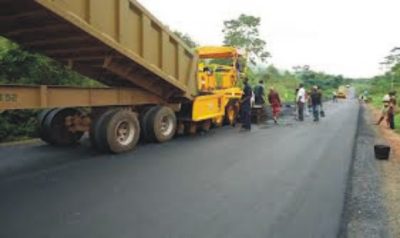 By: Tochi Onyeubi
It is no longer news that the Gov Hope Uzodinma led administration has ordered contractors handling road projects in Imo state to return to site or have their contracts halted after 72hrs.
The information filtered in through a release by the Chief Press Secretary, Mr. Oguwike Nwachukwu stating that the Governor was irked by the way and manner contracts mobilized by the government would abandon projects given to them.
According to the governor in the release, “This action is unjustifiable and totally unacceptable to the State Government. Dry seasons usually mark the peak of road construction works. Regrettably, the affected contractors have absconded from site in the peak of the dry season even after collecting mobilization fees from Government.”
Trumpeta can reveal that several factors could be said to be responsible for the order after the governor had temporarily halted further execution of road contract projects.
In contrast to popular practices of former governors who stop whatever project initiated by their predecessors, this newspaper can reveal that Uzodinma allowed the contracts to go ahead because of the manner, his predecessor, Rt Hon Emeka Ihedioha handled the contract signings and agreements.
An authoritative source in the ministry of works who doesn’t want his name mentioned revealed that Uzodinma wouldn’t  have terminated any contract because of the best practices applied  in the award of contract by the  Ihedioha  administration. The staff of the works ministry who is also an engineer said that the contract was more of an agreement between the ministry and the contractors and not Ihedioha and the contractors, which makes it difficult to be cancelled by a new administration.
It was also gathered that Imo State government will either lose or regret if there was a cancellation of the contracts as some of the jobs had been properly sealed up to 90% with funds made available to banks as third parties in supervision and payments.
Sources further said that should Uzodinma cancel the deal, Imo will be the greatest losers as it may not recover the lost money and fresh contract would eat deep into the state coffers.
Another factor Uzodinma was said to have considered was the state of the roads and rainy reason.
Top civil servants and well meaning Imolites close to the Uzodinma was said to have advised him to allow the contracts to continue to ensure works are done before the rains come in between March and April this year.
The state of the roads left behind by the previous administration Ihedioha succeeded was said to have necessitated the need to speed work before the rains arrive, hence the contractors were asked to go back to site.
It would be recalled that apparently worried by the state of the roads, Ihedioha had awarded not less than 35 roads contracts to revitalize road networks in Imo.