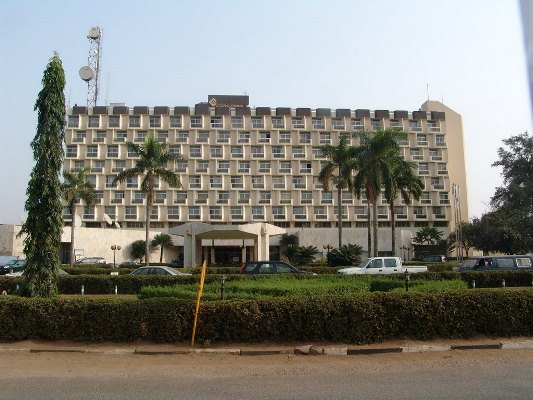 Reports that Concorde Hotels, Owerri, has been handed over to a new operator, have been generating concern among Imolites as the true account of the deal remains shrouded in secrecy.
Only recently, the state governor, Senator Hope Uzodinma using pictorials gave an indication that the state owned hospitality industry, Concorde Hotel has been concessioned to Marriot Hotel operators. The information had pictures of the governor with officials of the firm after the discussion.
However, since the newsbreak of the handover, people of the state have been waiting for details of the transaction which has not been made public as at the time of going to press.
Trumpeta learnt that there is serious disquiet in the state following the information that Concorde has been sublet to the firm for management but without details.
It was learnt that details of the handover, including terms of reference, MOU, years for the deal and amount involved were not made open for public knowledge thereby raising fears about what transpired.
This newspaper further observed that there is even apprehension among the workers about their fate since the concession details were not made public. Trumpate recalls that previous administrations in the state have been handing over the hotel to private operators for management.