The exit of Senator Ifeanyi Araraume from the All Progressive Grand Alliance, APGA, has started taking its tool on the party.
It would be recalled that Araraume has dumped APGA and rejoined the APC last weekend. A move many say is not unconnected to his ambition to pick the party’s ticket for the Okigwe North Senatorial race.
Araraume had before the primaries of the 2019 governorship election jumped into the APGA for the party’s ticket.
Against all odds and view of the political heavy weight who also ran the race, the two time Senator of Okigwe zone picked the ticket and was the party’s candidate.
Also, he engineered the party and ensured his allies emerged new executive of the party. Few days after his exit, reports available to Trumpeta have it that his men have started ditching the APGA, an indication that the “Okokorokoo” party is on the brink of collapse.
Fresh reports available to Trumpeta is that Araraume’s men have started leaving APGA with Dr Henry Okafor who until his withdrawal from the party was the chairman.
Okafor’s exit opens door of exodus of other Araraume allies that make up the State Exco, LGA and Ward Officials. 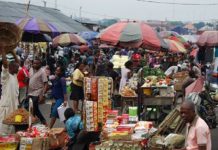 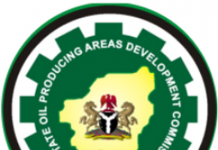 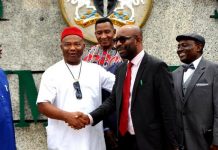