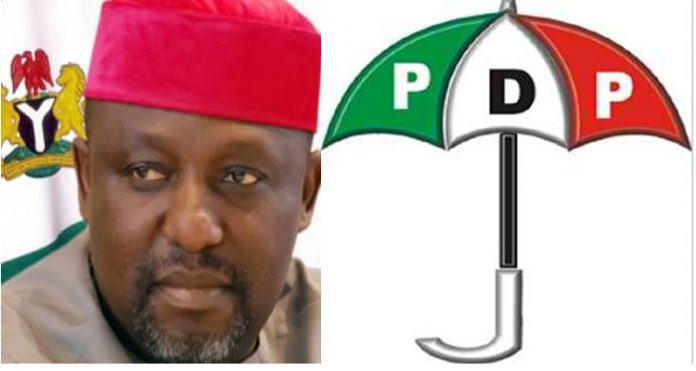 Former governor of Imo State, Owelle Rochas Okorocha and his followers in APC are still keeping sealed lips over their reported move to PDP.

Trumpeta last week exclusively blew the lid open about the reported move which the newspaper learnt is being hatched in Abuja where consultations have commenced.

Apart from the initial reports from Trumpeta, other media outlets, and the online press have same stories of the alleged move to change party platform.

While story of the  alleged defection, creates wave, Trumpeta can report that as at the time of this news going to press, the Okorocha camp is yet to either debunk or confirm the story accordingly.

This newspaper had in an earlier report published last week learnt that PDP is the possible destination of Okorocha and his followers following certain political permutations ahead 2023.

It was also gathered that due to failure of reconciliatory programs with the incumbent governor of Imo, Senator Hope Uzodinma, Okorocha who is now representing Orlu zone in the Senate is yet to form political synergy with the new administration.

Further observations have it that with Uzodinma’s position, it would be difficult for Okorocha to find his rhythm in APC hence the suspected PDP romance.