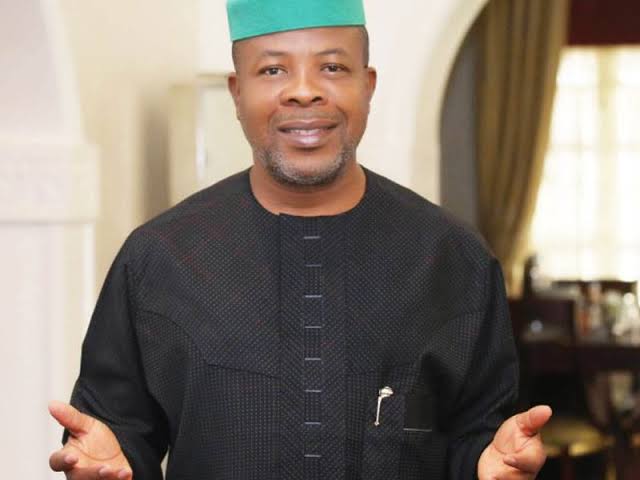 House of Assembly and the immediate past Governor of Imo State, Rt Hon Emeka will commence on Wednesday, May 27, 2020 at an Owerri Federal Court, Imo State.
The former Governor had dragged IMHA to court over invitation to appear before the Public Accounts Committee PAC on allegation of misappropriation of the sum of N19.63 after spending seven months in office.
Ihedioha challenged the composition of the committee which he said did not meet the House Rules of the Legislature, and that the amount he was being accused for did not miss during his eight months administration.
The case is Rt Hon Emeka Ihedioha versus Imo State House of Assembly and others in Suit No: HOW/284/2020 in the court of Justice S I Opara.
When the matter was called up on May 11, 2020, the Lawyer representing Ihedioha, SA Anyalewechi had asked for an adjournment to enable him file further affidavit to exhibit an important document he intends to rely on on the matter.
The judge granted his request and adjourned the case to May 27, 2020.
However, this latest development clears the air on a story that the court refused Ihedioha’s prayers to stop Imo House of Assembly from investigating him.