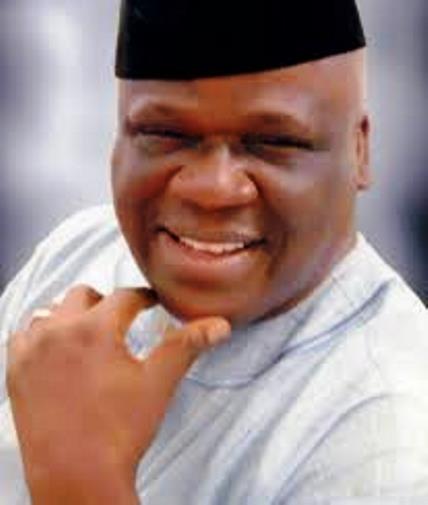 By Tochi Onyeubi
The Member Representing Orlu, Orsu and Oru East Federal Constituency, Rt. Hon. Asiwaju Jerry Alagbaoso has lamented over the way and manner the Peoples Democratic Party, PDP is being run in the state, saying the party is not for sale nor a one man affair.
Speaking recently in a press briefing at Orlu with party faithful, the Federal lawmaker who complained about the manner the state congresses held, especially in his federal constituency, said a political party in opposition during a congress, does not operate like a “bull in China” shop or like a mentally challenged character.
“The truth regarding that PDP congress is that when one road closes, another opens. PDP as a party in Imo state is not for sale and it does not belong to one particular individual for his or her political trials and errors”.
He stated that the party ignoring him, a three time performing House of Representative member and his supporters during the state congresses, due to pre conceived rumour of his plan to defect to APC was not only a big political gamble, but a calculated plan to push him and his supporters out of PDP.
“The events surrounding the activities of some characters and government appointees both men and women in our federal constituency in the last PDP congress left much to be desired.”
“According to them, the PDP system is not comfortable with me because the present governor is from the same federal constituency with me, therefore blood is thicker than water, they think. And it is true”.
“Thus, I may likely defect to APC later according to them, which means that they were thinking for me and they had suddenly become my unsolicited spokesmen. As if I do not have an independent mind. Yet, they know that as a PDP member, I am still in court and in election tribunal”.
“Which further means that they have already made plans to push my supporters and I out of PDP”.
“To me, neglecting a performing three time member of the House of Representatives and by the grace of God a great benefactor of PDP in both Orlu zone and in the state and my supporters and followers, was a big political gamble, omission, commission, miscalculation and foolishness. It was a foolish courage. “
He however advised that politics should not be a do or die affair, stating that, he and his constituency have nothing to hide, if leaders of the party will shun unprocessed gossips and blackmail, which he said is reigning supreme in Imo PDP.