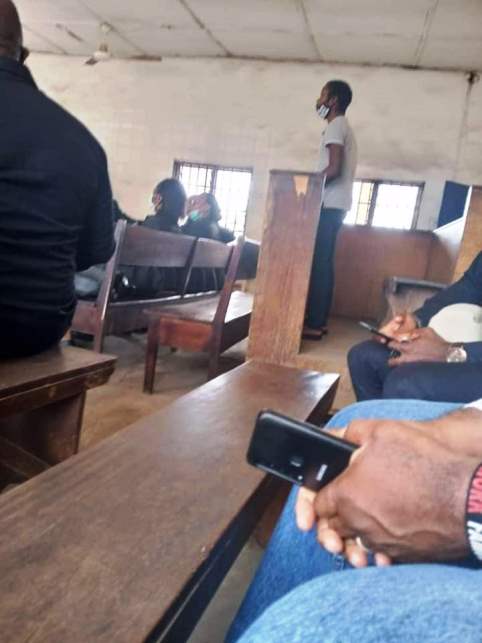 By Onyekachi Eze
The new media Director General of the Imo State chapter of the People’s Democratic Party, PDP, Ambrose Nwaogwugwu has regained freedom twenty-six days after detention in the DSS cell.
Nwaogwugwu was charged to court over seven count charges bordering on libelous online publications against the State government.
From answering the DSS invitation on May 28, 2020 over the charges against him, he was remanded in cell, and later arraigned in court for suspected defamatory Facebook posts against Governor Hope Uzodinma.
He was granted bail yesterday after a judgment delivered by Justice I. G. Chukwunyere.
The bail conditions were; five hundred thousand naira (#500,000) bond, two sureties who must be resident in Owerri, must swear affidavit of means, must show evidence of payment of two years tax payment, and must show evidence of land ownership.
His Counsel, Chief Mike Ahamba SAN and Ndukwe Nnawuchi SAN, had filed an application praying the Court to grant him bail on the grounds that the charges and offences for which he was arrested, detained and arraigned by the DSS and the Owerri Magistrate Court were all nullity.
The government, represented by Barrister K. C Nwokorie on behalf of the Imo Attorney General, had opposed the bail application, after which the Court gave its ruling.
The Judge however held that it did not see any exceptional circumstances for the Court not to exercise its judicial discretion to grant bail to the Applicant, especially when the offences for which Ambrose was charge were bailable and at the discretion of the Court.