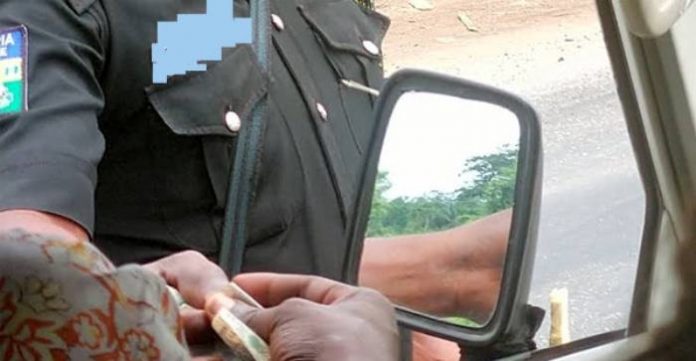 By Peter Uzoma.
Illegal check points are gradually rising up their ugly heads again on the major roads in and around Owerri Metropolis.
Apart from the incessant ones mounted by the Policemen here and there, there are also ones mounted by Soldiers along Owerri/ Orlu road before Nwaorieubi roundabout, the one at FUTO junction along Owerri/Obinze road and that at Ararume junction Owerri along Owerri/Onitsha road.
Two out of the three road check points manned by the Soldiers are somewhat permanent because they are always there come morning, night, rain and shine and the Soldiers do the work themselves.
However, the story is not the same with the road checkpoint manned by Soldiers at the Ararume junction Owerri along Owerri/Onitsha road especially in the area of modus operandi.
At this check point, the Soldiers arrive the beat between 4-4.30pm every day and leave around 10pm after the “PAY-PASS” duties on both sides of the road not minding the long queues they cause.
Perhaps, one interesting thing here is that the Soldiers who only stop bus drivers who ply the route, don’t even interact with them. They don’t even search any vehicle at all.
They employed some touts who collect the hundred naira tolls for them from bus drivers who ply the route. The touts are stationed at a corner of the road while the Soldiers who are merely supervising and selecting moving vehicles from the queues would stop a bus and direct the driver to the place where the touts are. They driver obediently moves down and gives the touts the money and goes.
Last Friday, around 7pm, a bus driver who pleaded to be allowed to go because he had no hundred naira to part with, having just finished repairing his bus, was subjected to frog jump by one of the Soldiers until he became unconscious. A young man, who dared to take pictures at the scene, had a beating of his life and his phone seized.
Like a James Bond scene, as soon as the Soldiers saw what happened and the gradually gathering crowd and the level tongues were wagging, quickly entered their vans and zoomed off. The touts also disappeared.
The bus driver was, however, resuscitated by a Lady Nurse who was in another bus that stopped. The Lady said she was returning from night duty.
It would be recalled that it was this same illegal check point that Soldiers mounted at the peak of Covid-19 and were collecting three thousand naira per trailer and hundred naira per bus through the assistance of their employed touts. Commuters cried out then and they dismantled.