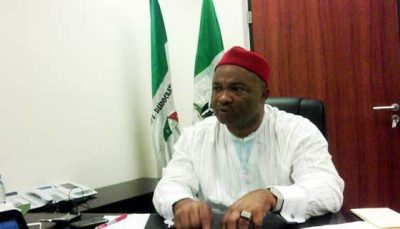 The Senior Special Assistant to Governor Hope Uzodimma on Gender, Vulnerable Groups, Northern Affairs (Men) Hon. Sulaiman Ibrahim Sulaiman said should All Progressive Congress (APC) decides to zone  their presidential ticket to the South East zone, Governor Hope Uzodimma is the answer to stability of the country.
Sulaiman insisted that Uzodimma would make a better president of the country if given the opportunity to serve.
He said that Uzodimma is not only eminently qualified, but he has all it takes to give selfless and detribalized service as the only hope for Nigerian.
He said giving his pedigree, his wide experience and monumental achievements recorded within one year in office as Governor of Imo State, he deserves to be president that would transform the country.
He said that if given the opportunity, he will replicate all he has done in Imo State at the National level.
He assured of his strong willingness to mobilize his brothers in the North and people from all parts of the country to support his ambition to ensure victory in the end.
Speaking to journalists in Owerri, the SSA called for a peaceful co-existence among Nigerians irrespective of religious inclinations.
He stressed need for a continuous mutual tolerance among different tribes which promotes peace and harmony in all part of the country.
The SSA pointed out that Allah has brought the country together and there is nothing anyone can do to divide the country because the creator will not allow that to happen.
Hon. Sulaiman expressed appreciation on the kind protection and cooperation been enjoined in the state from the present administration of Governor Hope Uzodimma.
He said: “it’s only in Imo State where properties and lives of the Northerners are protected whenever there is crises in any part of the country”
The SSA commended the Governor Dist. Sen. Hope Uzodimma for doing well especially in the areas of payment of salaries, pensions and recovery of government properties  as well as infrastructures among others.
Describing him as the ‘Mesiah’ of Imo State, the prominent Northerner  said that Governor Uzodimma after former Governor Samuel Mbakwe  of blessed memory is the next that has come to salvage and assuage the sufferings of Imolites.
The SSA commended the Governor for his bold step to recover government properties looted by past administration in the state adding that with the support and backing of the people of Imo state, he would not relent recovering all government properties in the hands of individuals.
He assured that as a Northerner he would mobilize other Northerners both in Imo and in other Northern states in the country to campaign for him to ensure victory in the end.
He condemned the situation where one man would take away what belong to government to become his personal property while praying to Allah to give the Governor the courage to fulfill this enormous task.
He called on the people of Imo State to continue to pray for the Governor to enable him fulfill all his election promises. 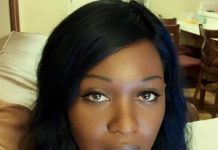