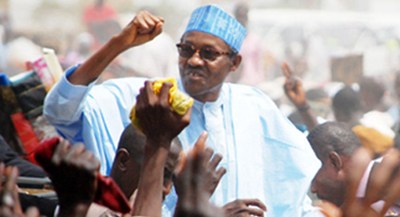 The All Progressive Congress APC, Imo State Caretaker Committee led by Prince.  Barr, Marcillinus Nlemigbo (Marcon) has expressed gratitude to the President and the Commander-in –Chief of the Armed Forces, Federal Republic of Nigeria, Mohammadu (GCFR) on his official visit to Imo State.
The party chairman also congratulated the Governor of Imo State, Senator Hope Uzodinma for making the visit of the President to happen.
This was contained in a Release signed by Cajethan Duke, the Director-General of APC Media Centre, Imo State.
The release said that the President who will land Imo State today Thursday, September 9,2021, will commission some projects constructed by the APC Government in Imo State led by Senator Hope Uzodinma.
“The President will on Thursday, September 9, 2021, arrive Owerri Imo State capital for the commissioning of some of the transformational and significant projects of his Excellency Distinguished Senator Hope Uzodinma, the Executive Governor of Imo State” Nlemigbo assured.
Some of the projects billed for commissioning by the President include “Naze Junction/Federal Poly/Ihiagwa/FUTO/Obinze Road, totally over 14km, the Balloon Technology for control of erosion in the State capital”.
It was learnt that the President will also meet with Traditional Rulers, the Clergy, Party Chieftains, Elder Statesmen, Business men, Captains of Industry and Others.