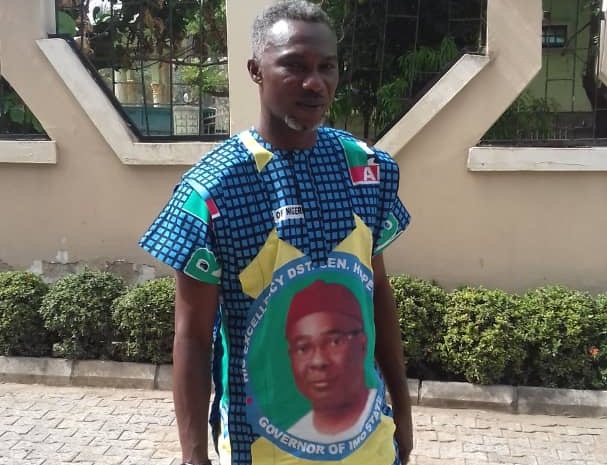 As Much as his many admirers have tagged him a philanthropist, selfless Leader, brave and intelligent, the Truth is that honourable Opara Hamilton is not a noise making type.

Since the Independent Electoral Commission (INEC) has published timetable for the 2023 general election, many politicians have declared interest to run for Mbaitoli constituency seat in the platform of the ruling All Progressives Congress (APC).

However, many opinion moulders in Mbaitoli have hinted that Opara Hamilton is probably the only aspirant in the All Progressives Congress who has the capacity to win the incumbent Opposition member, from PDP, Okey Onyekanma, with his capacity and track record in Mbaitoli politics.

According to some Analysts, “there is no non in the crowd who is better than Hamilton, he standing tàllest among crops of APC house of assembly aspirants in Mbaitoli.”

A very reliable source who is close to the opposition party (PDP,) in Mbaitoli Local Government Area has revealed that the Hamilton Opara’s recent declaration to run for Mbaitoli constituency seat with the platform of the APC has turned to a nightmare in the family of the opposition.

It is not in doubt in Mbaitoli that Hamilton Opara is among Leaders who’s standout qualities are humility, integrity and selfless, in 2015 election he was the candidate of UPP for Mbaitoli State constituency, having lost the election to the ruling party, he peacefully went back overseas to face his business, never did stopped doing good to humanity.

As a social scientist, to my best understanding and views, Hamilton Opara in the eyes of many Mbaitoli people is One of the aspirants who has his blueprint which stands for Mbaitoli Development. before joining the race, unlike others.

Do you ever try to think about why Chinasa Opara is so loved by genuine APC faithfuls in Mbaitoli Local Government?, he is not a noise making type, hence you can hardly find out that he is amongst Leaders in Mbaitoli who fought and stood firm for the governor, senator Hope Uzodinma during his difficult 2019 election.

Nevertheless, after the 2019 general election, while Govenor Hope Uzodinma was struggling in the court to reclaim his stolen mandate form the PDP, many leaders plot to highjack and pocket that party (APC) as their personal structure in Mbaitoli, Opara Hamilton fought in his usual way as a lion to keep the party intact for the Govenor.

He was first to pay for APC Mbaitoli LGA chapter and Ezinihitte ward office under senator Uzodinma as the leader of the party, ño doubt Opara has paid dues in APC.

His verifiable contribution into APC Mbaitoli have made many of us fall in love with his state house of assembly aspiration.

Many Mbaitoli people knows Opara Hamilton as a man who lives by rules, he is a devoted Christian and a wealthy man, but he doesn’t make deliberate attempt to harass us with his wealth, he lives simple and focused on his business.

Little wonder, all the traditional rulers in Mbieri Mbaitoli LGA had bestowed upon him a title of recognition as the “Peace Ambassador Of Mbieri Nwaotuoke”

It could be recalled that Opara Hamilton is a lover of Justice and fairness, he was among those who fought and stood firm for the Mbaitoli LGA Council Interim Management Committee against Rochas Okorocha’s boys who wanted to take over the Council headquarters illegally.

It is on the record that he is the only leader in Mbaitoli who hosted the IMC members of Mbaitoli LGA Council immediately after their inauguration, up till today, he still maintain that cordial relationship with them.

Even though his track record in community development and human capital Development is speaking for him, the attraction Hamilton Opara has drawn to his aspiration shows that Mbaitoli people really knows what they want.