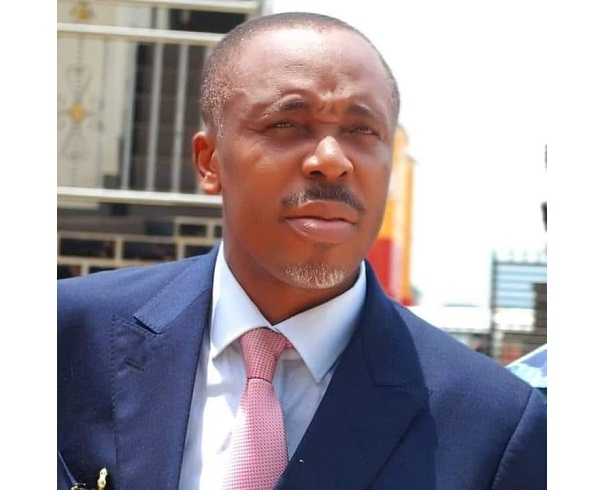 This is even as he advised them to seek the face  of God adding that it is only God that chooses leaders as well as Kings.

Onuegbu who disclosed this in Owerri in a meeting with Imo APC women mobilizers where he represented the Governor, Senator Hope Uzodinma however appealed with the Women to always remember the Governor and the 3R Government in their prayers made it clear that God instructed mankind to always pray for those in authority pointing out that the Government of Imo state needs the people’s prayers to enable him achieve and complete all the ongoing projects in Imo.

Recall that recently, Candidates particularly those in the PDP have been making some derogatory speeches against the Government of Imo over the security challenges which the Government has never relaxed on its oars in the fight against.

Onuegbu, a practicing Lawyer with many years standing however advised the opposition parties to see the issue of security as all comers affairs hence every hand should be on the deck towards its solution.

Addressing the women, Enyinna revealed that the present administration is set to finish well and strong, but not without fervent prayers by Imo APC women mobilizers and the generality of Imo people.

The chief Political Adviser/Head of Political Bureau noted that Uzodinma had deepened infrastructure and human capital development across the three senatorial districts, stressing that he had demonstrated exemplary leadership qualities that had engendered peace, equity, fairness and justice to all irrespective of political affiliation, tribe, religion or status.

He urged the women, made up of Great mobilizers , Pastors and Evangelists of different denominations, to involve their church members to intensify prayers for the Governor and his administration.

Barr. Onuegbu corroborated Governor Uzodinma’s statement that power could only come from God and called on Imolites to always speak good of the works of the Governor and ensure that his vision of building a Stronger IMO was realized.

He however assured the Mobilizers maximum support from 3R administration of Distinguished Senator Hope Uzodinma.

Quoting Daniel 4:17, Hon Onuegbu urged those nursing various political ambitions in 2023 to put God first and not heat up the polity, adding that Governor Uzodinma needs the support of all and sundry to be able to bequeath a legacy of Stronger Imo

Prayers were offered for the Governor and his family, as well to chief Enyinna Onuegbu and family too not only for his administration, for peace in the state as well for a seamless transition according to the will of God and for the peace and stability of the state and the country.