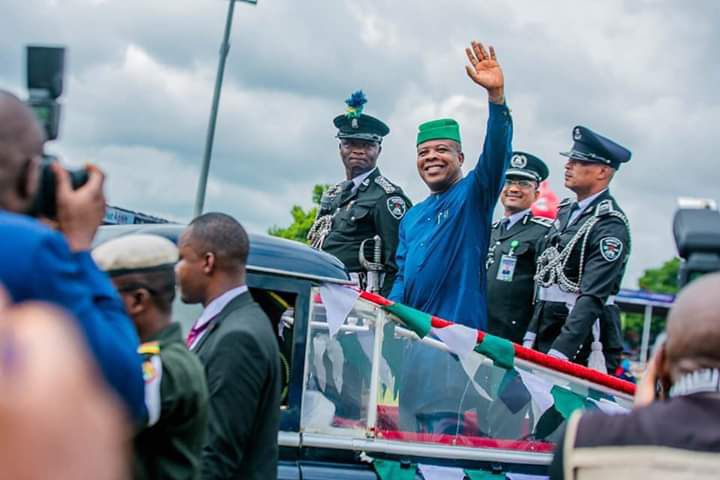 The supporters and kinsmen of Chief Emeka Ihedioha, under the umbrella of Owerri Youth Council, have said that the people of Owerri can no longer support his governorship ambition.

The group, which claimed to have worked for the former deputy speaker of the House of Representatives Guber candidacy over eight years, asked him to take a break and drop his governorship ambition.

Leader of the group, Hon Ekperechi Nnamdi Jacob, with hundreds of youths and women, addressed a rally along the Egbu road, Owerri on Saturday, insisting that Owerri zone is against the former deputy speaker of the House of Representatives becoming the next governor of Imo state.

He stressed that Ihedioha can longer continue to hold onto the PDP party’s Guber ticket displacing other governorship hopeful from the zone.

Ekperechi, while addressing placard-carrying youths, also said that the leaders from Owerri should summon Ihedioha to drop his ambition and allow aspirants from other LGAs in the zone.

Also, in a release signed by the Owerri Leaders of Conscience noted that there would be dire consequences for the zone’s failure to allow other political blocs in the zone to produce the next governor.

He said: “Imo state is confronted by a cocktail of destabilizing forces that threaten her continued existence as a united entity and we must find a way to equitably give every political blocs in the zone a sense of belonging.

” We, for our part, have promoted the candidature of Chief Emeka Ihedioha for years, but we humbly call on the former deputy speaker to do us a good turn in return for the many good turns we have done for him”.