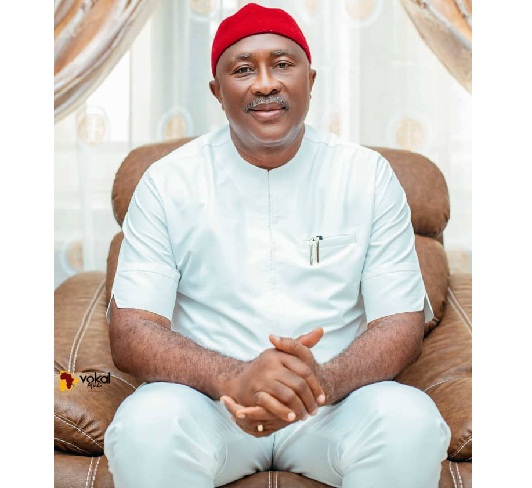 One of the Frontline contenders for the Imo East (Owerri Zone) Senatorial zone in 2023, under the People’s Democratic Party, PDP, Hon Uche Onyeagucha has rebuffed reports making rounds of him speaking ill of the wide accepted Candidature of Mr. Peter Obi’s Presidential bid.

In a statement signed by his Media Aide,

Prince MacDonald Enwere, he described the news as lies from pit of hell.

This was coming days after an attack on Chief Emeka Ihedioha who was quoted to have addressed anyone not supporting the PDP Presidential candidate as saboteur.

While that is yet to douse although the former governor had yesterday, Friday, on Channels TV program apologized for any misconception, the fresh hit is on Onyeagucha who served as the Secretary to the Government of Imo State under the administration of Rt. Hon Emeka Ihedioha.

The statement which reads in part says,

“Our candid attention have been drawn to a deleterious plan  by some mischievous elements to surreptitiously sponsor a false story online and on the pages of newspapers accusing Hon. Uche Onyeagucha of scandalising and speaking ill against the person of Mr Peter Obi.

“We are not ignorant of the fact that such a malicious fabrication is the handiwork of those who have been humbled by the glowing and stupendous acceptability of Hon. Onyeagucha’s candidacy and have nothing else to say against his person.

“We are not surprised that such disdainful plot is consciously designed to blackmail and bring opprobrium to Hon. Onyeagucha’s candidacy.

“For clarity purposes, Hon. Onyeagucha is not contesting for President and cannot join issues with his friend Mr Peter Obi.

“We call on the public to kindly ignore and discountenance any story of such nature that may be sponsored online or on  the pages of newspapers against Hon. Onyeagucha”.