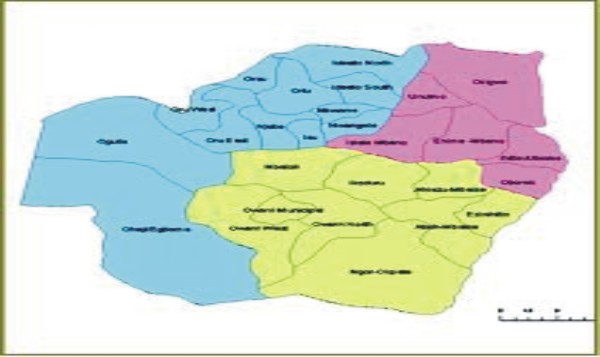 The desire of Owelle Rochas Okorocha to pick a successor without minding the zone may encounter serious challenges from members of the party, the ruling party, All Progressives Congress (APC).

Imo State APC has thrown over-board the zero zone stance of Okorocha by unanimously throwing their wealth behind the candidature of any qualified Owerri man or woman for the number one position in the state, describing it as the only way the party could retain power in 2019.

The resolution was taken last weekend when the leadership of the party, comprising zonal, LGA Chairmen and executive in Owerri Zone led by its Chairman, Hon Chris Oguoma paid a solidarity visit to the immediate past Secretary to the Government of Imo State, Sir Jude Ejiogu in his country home, Umuakuru Emekuku, Owerri North council area of the state.

According to Hon Oguoma, a ruling party could only sustain its strength and popularity by ensuring that every component parts that make up a society is carried along in the political governance, adding that gone were the days when Owerri zone played a second fibble in deciding who emerges as Governor.

He advised that instead of APC to lose the 2019 Governorship election in the state due to internal ranging and indecision, there was need for everyone to shelve selfishness and pursue popular opinion for the good of the party.

Hon Oguoma therefore appealed to every member of the party not to loose hope over any outcome of the party’s decision concerning 2019, pointing out that for the sake of equity and fair play, Owerri zone should be allowed to produce the next Governor for the state.

Speaking, former SSG, Sir Jude Ejiogu commended them for taking a bold step towards ensuring that APC continues to retain power in 2019 through a well harmonized agreement within the party, and charged them to go into the society and preach the gospel.

Sir Ejiogu who is an APC Governorship hopeful therefore appealed to the leadership of the party in Owerri Zone to continue to sustain the tempo, which according to him has projected the image of the party in good light.

He further charged them to remain focus and dogged in their quest to ensure that Owerri zone produces the next Governor of the state, and assured of his commitment towards the growth of the party not only in Owerri zone in particular but Imo State in general.