Ambassador Chikwe fondly called by her admirers as “Igolo Nwanyi” was visiting Owerri Imo state for the first time after her election as the National Woman Leader of the PDP.

Right from the Imo Airport where she first landed to the Imo state secretariat of the PDP where thousands of PDP loyalists thronged out to accord the former Ambassador a heroic welcome, Conspicuous among the crowd were the leadership and members of OZOPOLF who guarded the National Woman Leader jealously to the bewilderment of most of the admirers of the former Minister.

Shortly after her reception at the state secretariat, Mrs Chikwe drove straight to the Glass house office of Chief Dr. Emmanuel Iwuanyanwu where she paid him homage.

To further express their appreciation of Mrs. Chikwe, the entourage which included some PDP Chieftains drove straight to the Owerri residence of the Leader of OZOPOLF Prince Charles Amadi where the group treated her and her guests to a lavish party that lasted till late. 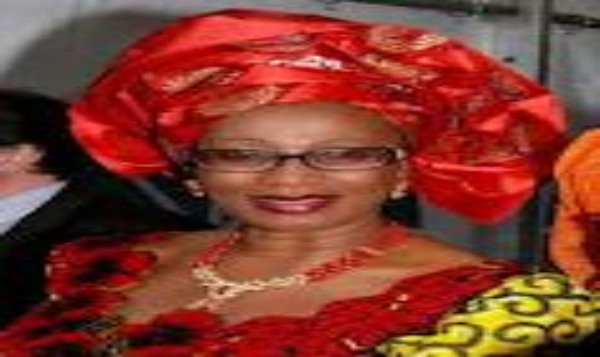