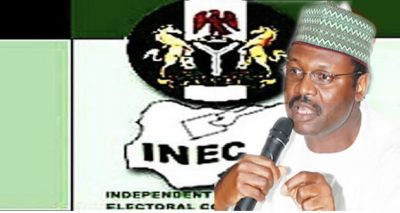 According to a new report obtained online, the Independent National Electoral Commission, INEC has threatened to go further in stopping former Imo State governor from continuing as a Senator.

Details obtained state that the INEC official in a statement said “we have given Rochas Okorocha the certificate of return as ordered by the high court but we are going to challenge it even up to the Supreme Court. Not doing so will not augur well for our democracy because you don’t need to be popular or campaign to win the election all you need to do is storm the collation center with a gun and force the returning officer to declare you a winner.” With these words, National Chairman of the Independent National Electoral Commission, INEC, Professor Mahmood Yakubu, on Monday vowed to pursue the electoral umpire’s quest to stop immediate past governor of Imo State, Senator Rochas Okorocha from being a senator to a logical conclusion. Nigeria’s Independent National Electoral Commission (INEC) chairman Mahmood Yakubu Professor Yakubu restated the INEC’s resolve at the commission’s post-2019 election review meeting with the media in Lagos, yesterday. After the 2019 National Assembly poll, the INEC refused to give Okorocha the certificate of return as Senator-elect for Imo West on the platform of the All Progressives Congress, APC on the ground that he allegedly forced the returning officer at gunpoint to declare him a winner. Okorocha challenged the INEC’s position in court and an Abuja High Court ruled in his favour and ordered INEC to give him the certificate of return. The electoral umpire complied but said that the battle line had been drawn. INEC among most improved public service institution in Nigeria – Yakubu, Professor Yakubu amplified the decision yesterday, lamenting that death and threat to lives of electoral officers were some of the drawbacks of the last election that must be discouraged. With Yakubu at the gathering where National Commissioners, resident electoral commissioners, directors, and other big shots of the commission. At the parley, media practitioners enumerated the litany of flaws that characterized the 2019 polls such as violence, logistic challenges, security breaches, poor distribution of permanent voters cards, PVCs, poor kitting of journalists, alleged collusion of INEC officials with politicians to rig the polls among others. The participants urged INEC to consider allowing voters to vote in any part of the country, embrace electronic transfer of results, ensure security of INEC officers, journalists, and electoral materials, ensure timely deployment of electoral officers and materials on election day, and reduce the number of parties by de-registering poor performing ones as provided by the law. Others include ensuring distribution of PVCs, making election debates compulsory and punishing those who shun debates, making it easier for people with disability to vote, and ensuring prosecution of electoral offenders. In response, Yakubu said INEC is committed to implementing the recommendations. However, he said nine of the recommendations could be implemented without amendment of the Electoral Act and Constitution while others need the support of the National Assembly, the media and other stakeholders to be implemented. He berated parties for poor internal party democracy, which he said gave rise to faulty primaries that led to 809 cases challenging party primaries, 87 certificates of the return being withdrawn based on court orders and 801 cases challenging the general elections altogether. The INEC chairman, who stressed that the 2019 general elections were marred by various challenges and the need to improve on future polls said: “We are worried over issues of voter inducement, vote-buying on election day and harassment of our staff by politicians. “Very soon, we will be approaching the National Assembly on the need to empower the commission to deal with some of these challenges which have affected the electoral process.” National Commissioner and Chairman, Information and Voter Education Committee, INEC, Festus Okoye, in his address, stated: “INEC is aware of the reach of the media in communicating policies and programs of different commissions, agencies, parastatals and organs of government. “While information gets to the public, the quality, content, slant, and usefulness of the information are also critical. There is no doubt that the conclusion of the 2019 general elections offers the commission and major stakeholders in the electoral process an opportunity for reflection and appraisal of the constitutional, legal, administrative and logistic issues in the process that attended the general election. “While, it is right and rational to alter the constitution and amend the laws to take care of new, emerging and novel issues that may arise or have risen and not contemplated or anticipated by lawmakers, we must be careful not to fall into the trap of believing that every electoral challenge must be solved through constitutional or electoral amendment. “The commission will no doubt harvest issues and implement needed reforms within its mandate. As has been repeatedly emphasized by INEC chairman, the commission will remain focused.” He, therefore, expressed the need of by the media to support INEC in reshaping the perception of Nigerians relating to its intentions, ability, courage and willingness to conduct credible elections. Also, Monica Frassoni, President European Centre for Electoral Support, in her remarks, said: “It is necessary to give space and recognition when you look at the pressures the media face from the prevalence of fake news undermining good journalism to the physical threats, dangers, and barriers journalists face in their day-to-day work, as we all saw too clearly during the elections. “When journalists are prevented from reporting the facts and speaking the truth, others with no qualifications, experience or judgment are ready to fill the vacuum for a public hungry for content on social media and unquestioning of what they read or watch. “I would like to say that this is by no means a Nigerian issue. This is a global and growing threat. And as such we have to deal with it.”