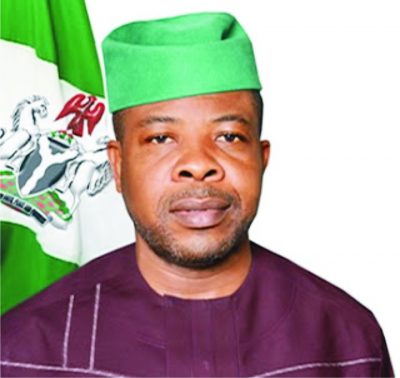 Governor Emeka Ihedioha of Imo State has made it clear that he takes responsibility of all the appointments he has made now and others he will make in the future in Imo State.

Speaking to members of support Groups that championed his election who gathered in Government House Owerri, Ihedioha maintained that he is taking his time in making appointments because he wants to put people in the positions that fits their qualifications, so that they would achieve the targeted goals of his administration.

On the appointment of the Secretary to Imo State Government, Hon Uche Onyeagocha, the Governor said he made that choice based on the situation on ground, which included Onyeagocha’s pedigree, intellect and ability to man the office effectively, despite the fact that many people see him as originally from All Progressive Grand Alliance, APGA from where he joined the PDP.

Ihedioha said that his administration is a government of Unity, as he is focused in bringing all Imo people together once more after the divisions created in the State among political leaders and citizens by the past Owelle Rochas Okorocha’s regime.

The Governor disclosed that even in the selection of his Commissioners, his followers should not be surprised if they see one or two names that is of the opposition political parties.

He said that Imo State belongs to all the citizens, even though it must be one political party that produces the Governor at any given time, pointing out that one person cannot finish all that belongs to Imo State alone.

Ihedioha appealed to his followers to bear in mind that appointments may not go round to everybody at the same time, and therefore urged those who got now to carry those who did not get along because tomorrow may be their own turn.