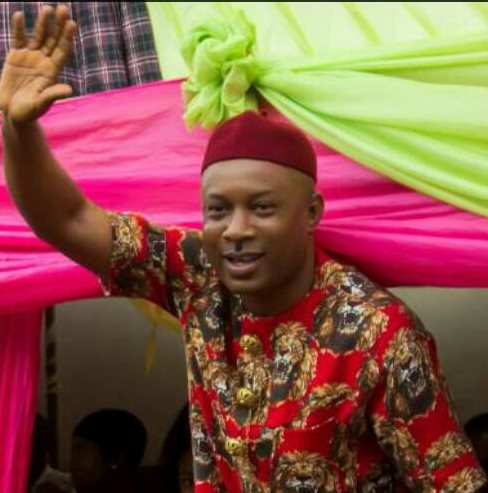 The founder of My Radio FM Station, located at Akabo, Ikeduru LGA, Imo State, Hon Ambassador Uche Ogbuagu has cleared the air on the rumour that the Station has been banned from broadcasting.

Speaking to Pressmen in his ancestral home of Akabo yesterday, the House of Assembly member representing Ikeduru State constituency disclosed that he is a disciplined citizen of Nigeria and therefore cannot be associated with what could lead to the closure of a Radio Station he founded.

The Entertainment guru denied that the FM Station was involved in hate speeches, which purportedly led to its closure, adding that the rumour or plots to close the Station is the handiwork of frustrated politicians and detractors.

It would be recalled that stories were flying about last week that My Radio FM Station founded by Ogbuagu had been put off Air by the Nigeria Communication Commission NCC following Airing of programmes inimical to the ethics of the Commission in charge of Broadcasting in Nigeria.

Ogbuagu said he has planned for his 100 days in office, with verifiable projects, like a police station and quarters, renovation of Akabo Market, reconstruction of Iho Sports Stadium, sinking of Sixteen Boreholes, reconstruction of School Blocks etc.

He said that despite being a Lawmaker with the responsibilities of Legislation with oversight functions, but majorly he is representing a people which makes Representation a serious part of his job as a Legislator.

Ogbuagu whose Birthday celebration comes up this weekend in Ikeduru with various activities, said the climax would be a Thanksgiving ceremony billed for Sunday August 18, 2019.

He said he is making it a celebration because of what God has done for him, including the non-explosion of chemical Bombs planted around Ikeduru LGA during the day of his election.