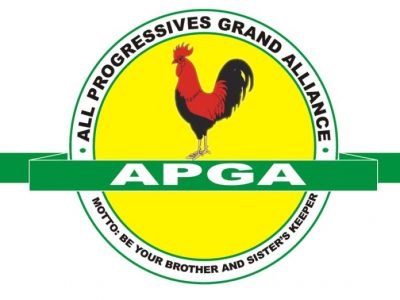 Tunji Adedeji
A chieftain of the All Progressives Grand Alliance (APGA) in Imo State, Chief Cyril Amako (Irete 1) on Monday, formally defected from APGA to the ruling Peoples Democratic Party .
Amako led several of his supporters , majority of who were youths , to the PDP ward 10 Chairman house where they were received by Chief Oyibo Osuoha, the party’s chairman,ward executives as well as members of the party.
Fielding questions from newsmen shortly before the defection exercise Irete1 said that he decided to return to the PDP having realized that Owerri zone has won the battle against marginalisation.
He also said that marginalisation of Owerri zone was his major reason why he defected to APGA when they promised to zone Imo governorship to Owerri .
Irete 1 who also is the Chief Executive Officer, CEO Cona Engineering and Technical Services said “ I return to the PDP with a clear conscience now that election is over and winner has emerged from Owerri zone .I don’t see my self opposing the principle of Owerri zone must be governor 2019 and just felt I  have to come back home. My dream is that Owerri zone under Emeka Ihedioha should continue for the next 8years.”
” you cant call it defection because for me is like home coming . when you talk about Imo PDP am one of the foundation members of the party in Imo State. If I show you my card I’m no 1 in my ward and have served PDP in various capacities. “
Amako who was one of the major fanciers of the party in the state before his defection said For the records about 8 of us formed PDP in Imo State. My humbly self ,Engr Charles Ugwu Rocana,ID Nwoga,Late Echerue ,Senator Rocha’s Okorocha,Martin Agbaso ,Amb.Greg Mbadiwe among few others atarted the party in the state.
PDP is a House some of us built and I don’t think its proper to say I’m defecting because we are just moving back. We have some strangers occupying it now but we want to go back and reoccupy our house”
He said he was in APC before Sen. Rochas Okorocha hand picked candidates for various political offices and because he was more of an emperor and wanted to extend his tenure through his son in-law, some of us left All Progressive Congress,APC for APGA.
Now that election is over and winner has emerged from Owerri zone .I don’t see my self opposing the principle of Owerri zone must go and just felt I  have to come back to PDP.
Irete 1 seized the platform to called on all Imo citizens  to join hands with  PDP and support the rebuild Imo government .
When asked to react on the purported Lease agreement term which gave him right to run Oguta Motel for 25years ,a contract he reportedly signed with the  then military administrator Tanko Zubiaro , Amako said the cancellation of my contract to manage Oguta Motel by former Governor Ikedi Ohakim was was done in bad fate.
Irete1 said,”with all due respect I guess that Chief Ohakim took that decision because I’m not one of his brothers from Okigwe zone  not minding how much I sunk into the contract but I’m hopeful my story will change now that my brother from Owerri zone is in charge .
Amako who said he would prefer a political solution on the matter which has lingered in court for years said Ohakim took over the motel without reference to him. One day I got a letter saying his government has terminated my contract and since then the place has been vacant.
He said even though Ohakim raised a bond of #14billion to renovate the motel ,the project only existed on bill board because he didn’t put down one block. 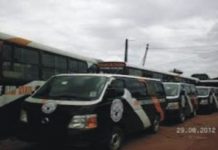 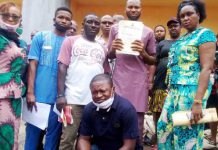 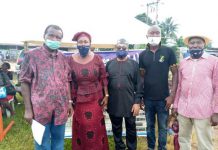