The investment drive by Governor Emeka Ihedioha CON, has again yielded results for Imo State, with the presentation of Certificate of Occupancy (C Of O) for a land to AfriExim Bank, for the construction of biggest business hub in Southern Nigeria, the Africa Quality Assurance Centre (AQAC).
Governor Ihedioha presented the C of O to officials of the Bank led by its President, Professor Benedict Oramah at the Government House, Owerri, Monday.
Delivering the C of O during a courtesy call by the management of the bank, the governor assured that the state presently has a responsible leadership that is conscious of the demands of the time.
He reiterated that Imo is now home of business and possibilities and will be open to partnering prospective investors for the growth of the state.
The Governor alongside other top government functionaries led officials of the Bank to the site where the Centre will be built at Ngor Okpala Local Government Area.
Governor Ihedioha said the centre will provide certification and inspection services for various products for exports for Imo State and other parts of the region to the international market.
“The centre which is the first of its kind in the entire South East and South South regions, is an indication of responses of our investment drive geared towards rebuilding our State.
“This is a significant leap in our efforts to advance our State and make it a huge business hub and more importantly provide employment opportunities and boost economic development for Imo State.
“The Centre is a reflection of the efforts of this administration to restore confidence of investors and development partners in Imo State as an investment destination.
While charging on the commencement of work at the site, Governor Ihedioha stressed the willingness of his administration to partner with them in development of tourism potentials, entertainment village, industrial park, dry port, reinvigoration of Concord hotel amongst others.
He said, “We are in a hurry to maximize our potentials as the state with the highest literacy rate in the country; our government is ready and willing to provide the human capacity for any business and indeed we shall provide necessary support for the business to strive”.
Recall that Governor Ihedioha had embarked on a Trade and Investment working visit to the Annual General meeting of the AfriExim Bank, held in Moscow from June 20th- 22nd 2019
The meeting which was a melting point for international fund custodians, fund managers, investors and multi lateral agencies, provided ample opportunity for Governor Ihedioha to showcase investment opportunities in the State, which culminated in  the establishment of AQAC in the State.
Speaking earlier, the President and Chairman of the Board of Directors of the African Export- Import Bank (Afrexim bank) Prof. Benedict Okey Oramah stated that they are in the country to support governments that promote development.
According to Dr Oranah, the choice of Imo for the Centre was necessitated by the demonstration of vision and passion for development as exemplified by the Governor of Imo State.
He pointed that Gov Ihedioha in a few months has shown the zeal, the urgency and determination to turn Imo around.
The  Afrexim  boss  promised to partner with the state in the establishment of a dry port and an industrial park to stimulate economic growth in the state. He reaffirmed their commitment to deliver on some of the projects and initiative that will serve as an anchor to some of the initiatives they plan to do for the state and country at large.
In the entourage of the President include; Managing Director, Intra African Trade , AfrExim Bank, Kanayo Awani; Manager Expo Development, Basim Hamza; Manager Client Relations, Sarah Sildiya; Director of Protocol, Gift Okoh. 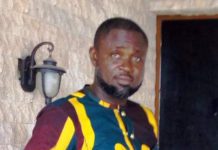