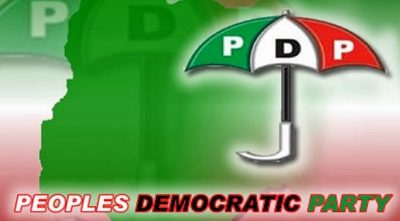 By Onyinyechi Amakaulo
The fortunes of the Peoples Democratic Party, PDP in Imo State have continued to dwindle following the lost of the governorship position.
Apart from going out of power, elected House of Assembly members elected under the party’s platform are disrupting the umbrella party for the APC since their governorship candidate, Rt Hon Emeka Ihedioha was removed and replaced by Senator Hope Uzodinma.
After about 8 persons moved out last week during plenary, two more joined yesterday thereby indicating that the party is nearing collapse.
Speaker of the House Chiji Collins at the plenary announced the defection of two PDP lawmakers; Otuibe Samuel of Ahiazu and Okolie Paschal of Orlu to APC.
By this development, one PDP who had been majority has not only lost the main position but shrinked in size from 18 lawmakers to 6 after the Supreme Court.
Speaker Chiji further noted that the Lawmakers made the right choice by joining the ruling APC in other to make Laws that will benefit Imo Citizens.
The members who defected to APC are as follows, Hon. Samuel Otuibe members representing Ahiazu Mbaise State Constituency who won his election under People’s Democratic Party (PDP), Hon Paschal Okolie member representing Orlu State Constituency who won under (PDP) and Hon. Mrs Uju Onwudiwe member representing Njaba State Constituency who won her position under Action Alliance (AA).