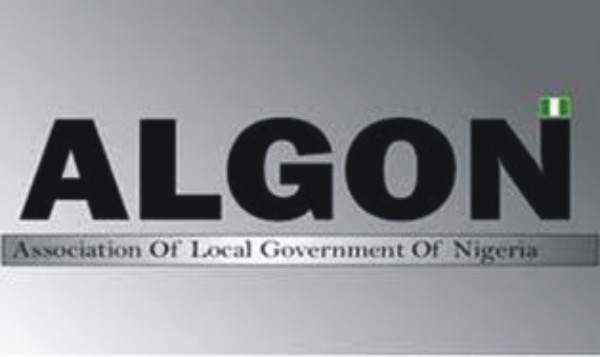 By Orji Sampson
The ALGON 2010 Steering and Strategy Committee as well as the entire ALGON2010 family have frawned at the attack on our Godsent digital executive governor of Imo state, Gov Hope Uzodinma, by a purported group  arroganting themselves as members of  ALGON 2018,  Imo state chapter.
Reacting to the incident, Hon  Hon Chief Dr  Eddy Ikwubuo,  Agu Nachemba Njaba disclosed that the attack which is on the Governor’s constitution of Interim Management  Committee IMC Chairmen for the 27 Local Government Areas in Imo state describing it as a distraction to the good work of the peoples governor.
Hon Chief Dr  Ikwubuo maintained that the appointment of Transitional Committee Chairmen by Gov Uzodinma in no way stands a stumbling block to re-instating any democratically elected set of people especially ALGON 2010.
He pointed out that the 2018 ALGON shall not in any way disturb harass or be a stumbling tool towards the smooth operations of the present administration of Sen Hope Uzodinma.
We are very confident that even with the current appointment of IMC structure at the local government areas, Governor Hope Uzodinma will still return ALGON 2010 to office to complete their tenure at the appropriate time.
Our digital governor is a product of Law and order and ALGON 2010 has an unexecuted judgment to return to office.
Since the present IMC structure is a mere appointment that has a life span of three  to six months, ALGON 2010  is willing to patiently wait till the expiration of the present IMC tenure, more also  as we are still negotiating with the “Prosperity Government” of Sen Hope Uzodinma.
Recall that recently, a group who described themselves as ALGON Imo state chapter under the leadership of Hon Chief Emeka Osuorji (Chairman) accused Governor Hope Uzodinma of not being fair by appointing TC Chairmrn for the 27 LGA’s and said as follows;
“Our surprise only stems from the fact that we had thought that the Governor His Excellency Hope Uzodinma would have attempted to do things differently being a product of law and justice.
“However, ALGON Imo State chapter wishes to inform the good people of Imo State as follows;
That We condemn the illegal appointment of Transition Committee Chairmen in Imo State in its entirety as it is a legal aberration and judicial blunder to any known law of the Federal Republic of Nigeria.
“That the Governor,  His Excellency Hope Uzodinma lacks moral and administrative jurisdiction to ignore the position of the President of the Federal Republic of Nigeria Mohamadu Buhari (GCFR) as conveyed to the Governor of Imo State through  the Chief law officer of the Federal Republic of Nigeria- Abubakar Malami (SAN) the attorney General and Minister of Justice same day the Supreme court declared him the Governor of Imo State wherein the Governor was informed that neither the State Governor nor the State Houses of Assembly has the powers to sack elected officials of the Local Governments and was consequently expressly instructed  to reinstate the hitherto suspended Council Chairmen of Imo State.
“That being members of the same political party- the All Progressives Congress (APC) it is very harsh for the Governor to have disengaged his party men for no known offences committed.
‘That the Governor having declared a total lockdown in Imo State and going ahead with the announcement and swearing in of the Transition Committee Chairmen is not in line with leadership best practices.
“That the Governor having made it clear in his maiden broadcast to the people of Imo State and in a meeting with all the Executive Chairmen of Imo State on Friday 17th January 2020 that he would not consider the use of Transition Committee hence it is illegal and turned around to constitute the same structure really leaves much to be pondered upon.
“That while pledging our unalloyed loyalty to our great party (APC), ALGON Imo State is determined more than ever before to use every legal means to reclaim the mandate given to them through a validly conducted Local Government elections of 25th August 2018.
In swift reaction, the ALGON 2010 group has since condemned the act saying that they are the only legitimate group due to be returned based on their unchallenged unanimous judgment at Appeal Court.
“For the records,  and authoritatively speaking  the latest  ALGON  group or chapter known  by law in Imo state is the 2010 ALGON chapter currently negotiating respectful and firmly to reclaim  her mandate criminally and wickedly truncated by the former Emperor Roachas Okorocha.
“ALGON2010 views the said publication with great vexation and as such, the steering and strategy committee is arranging an emergency meeting where official stand of Algon2010 regarding this Distracting postings by the Osuorji ALGON group will be taken and equally review of strategies towards reclaiming our mandate or our money.