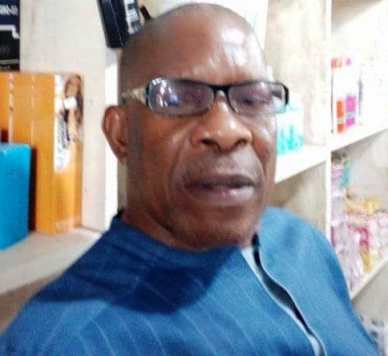 By Onyeananam Chidinma
A former chieftain of the Peoples Democratic Party, PDP in Ahiazu Mbaise Local Government Area of Imo State, Chief Obioma Nwokocha (Ebekuodike 1 of Nnarambia) has defected to the All Progressive Congress (APC), the state’s ruling party.
The party chieftain made this known at the formal declaration ceremony held at his residence, Nnarambia ward, Ahiazu Mbaise Local Government Area.
Speaking with newsmen at the event, Chief Obioma Nwokocha (Obitex) expressed happiness over the turnout of event, while commending Nnarambia people for supporting his recent move.
The party Chieftain said, “I am a popular man, a stunch member of the Peoples Democratic Party, before but this time around, with the stand of things, I am now a bonafide member of the All Progressives Congress (APC), we make things happen in Nnarambia. I am not a man of dubious character, I promise everybody that the work I did to elevate PDP, I will do it in APC, so that the party will move forward. I have never failed in my booth during elections. I have decided to follow the moving train, to conquer”.
Other partymen who accompanied Chief Nwokocha also decamped to the ruling APC.
The ward chairman, Hon Felix Oledinma said Nnarambia ward is in unity. He said politics is a game of patience, while commending the newly decamped members.
Also speaking, an apex leader, Chief Dr Jude Agulanna said, “We are here because of the decamping of new members. We have accepted them. We are here due to the love we have for Chief Obioma Nwokocha and the decamping members. APC is a very big party, capable of accommodating everybody”.
Also reacting, High Chief Jimmy Ibeh said, “few months ago we were talking Mbaise politics and projects, we did it and got it, but unfortunately the law and politics turned everything upside down, we can’t see good thing and leave it, by his grace, Rt Hon Chiji Collins approached me, I am the SSA political, I don’t have alternative but to join him, it is a big plus for our lawmaker to be in APC”
In his speech, Hon Sam Otuibe said, those coming into APC are here to add value to the party in tandem with Hon Chief Mike Anyanwu who said APC will go along way in governance, he said since the inception of APC government led by Senator Hope Uzodinma, Ahiazu is now lively. He urged the stalwart to put things together so as to draw a road map for APC to move forward in Ahiazu Mbaise LGA.
Also contributing one of the decampees, Com Onuoha Chimezie, Chairman of National Youth Council of Nigeria, in Ahiazu Mbaise, said “I am with this good development, I thank you for accepting me, as a youth leader, there is need for me to work with the government in power, the youths can’t continue to be in opposition, it affected us for more than 8years, the youths I lead support APC. Also present at the event include other top APC stakeholders from Ahiazu Mbaise LGA and beyond.