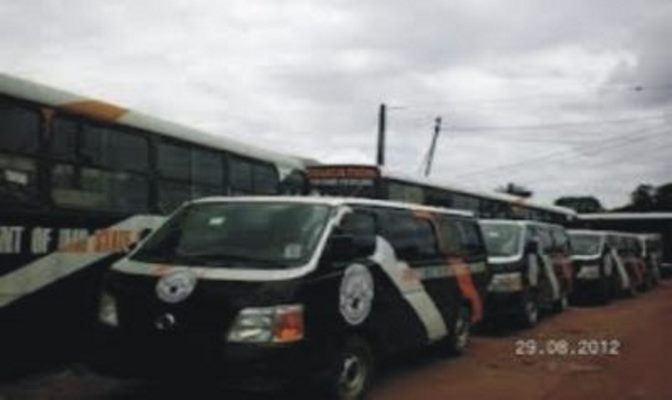 By Onyekachi Eze
There is looming danger in the Imo State chapter of the National Union Road Transport Workers, NURTW, over an alleged displacement of the workers at the Arugo Park, Onitsha road Owerri by Imo State government agents.
The trouble, this Newspaper learnt may escalate if not for the timely intervention of the Gov Hope Uzodinma led administration.
The news on how persons identified as State government’s agents invaded the popular Arugo Park at the Onitsha road Owerri last week Wednesday and Thursday and replace the old workers with new ones, raised dust.
According to their claims, not only did they chase the old workers away, it was alleged that new faces had taken over the place.
Against this backdrop, Imo State Government, through the Commissioner for Transport, Barr Rex Anunobi yesterday officially presented Sir Ifeanyi Okafor as the new Imo Parks Manager.
The presentation was among stakeholders leadership of the NURTW while urging them to give the new man their unflinching supports.
It would be recalled that Okafor was appointed by the governor on 11th May, 2020 as both ITC Administrator and GM Imo Motor Parks.
In his statement, Anunobi said the appointment of a Motor Park Manager is part of the measures to reform and sanitize the transport sector in the State.
He also revealed that Okafor is to oversee the activities of all motor parks, including the illegal parks pending when the terminal and Owerri Modern Central parks will be completed to pave way for closure of the illegal parks in Owerri.
Also, Sir Okafor was enjoined to carry everyone along in the course of doing his job.
In a related development, the State Chairman of NURTW, Comrade Okebaram Izuchukwu pledged to work with the new “Sheriff” in town, Okafor and pleaded against displacing members of the Union from the Motor Parks.