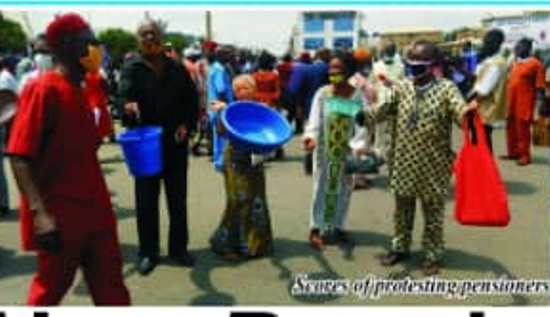 By Peter Uzoma
It was more of baptism of fire on how angry retirees can express their grievances if not paid for the secretary of the Imo State Government, Chief Cosmas Iwu when protesting pensioners booed him with unprintable names.
Over one thousand pensioners, under the aegis of Pensioners Intervention Committee PLC, last Tuesday, shut down Owerri in protest over four months pension arrears owed them.
The placard carrying pensioners who took off from Freedom Square, Owerri marched through the major streets of Owerri chanting solidarity songs bemoaning their sorrows and finally settling at the Government House Roundabout, where they blocked free flow of traffic.
Some of the inscriptions on the cards read” Owerri, Orlu, Okigwe Pensioners say release our pensions”,” Uzodinma what offence did pensioners commit in Imo State”, ” We have come to beg for food”, ” Our members are dying”.
Fielding questions from the Press, at the Government House roundabout, the Chairman of the PIC, Comrade Iyke Ohaneje said since February 2020 till date the pensioners have recorded about forty- two deaths adding that they never came to disrupt government activities but to beg for alms.
He revealed that pensioners captured since December 2019 have not been paid just as the covid-19 pandemic had worsened the situation.
Comrade Ohaneje insisted that the BVN which government uses as excuse is a ploy to steal from the government coffers pointing out that pensioners have submitted their details over a million times including BVN which he said should be a customers private property.
By 11am when the State Deputy Commissioner of Police, Mr N Rabiu arrived, the angry protesters refused giving him attention insisting he should go and call the governor before they resumed their songs.
The song went into frenzy at exactly 11.45am when the Secretary to the State Government Chief Cosmos Iwu arrived the arena with his escorts to address the pensioners. No sooner had he gestured to commence than thunderous boos and shouts of “shame shame, shame” rented the air.
Amidst the rowdy atmosphere, Chief Iwu affirmed the pensioners are being owed and commended them on the way they comported themselves.
He emphatically assured the pensioners that by tomorrow, Friday, they would have received alerts for their stipends but did not specify the months to be paid.
The SSG insisted that the delay in the payment of pensions are as a result of discrepancies the present government met on assumption adding that the Hope Uzodinma administration never came to create problems but to solve the ones on ground.
In a telephone interview, the Chairman, Retired Permanent Secretaries Association. Mazi F. I .Agba regretted that many people do not know what pension is all about arguing that it is a deduction from workers salary under systematic planning for the welfare of the worker on retirement. Mazi Agba regretted that hooligans have hijacked governance in Nigeria and bastardized everything.
He commended his fellow pensioners for comporting themselves and hoped their prayers would be heard. He then advised operators of governance to go back to the old value system and get back into the right track.
Reacting too, a retired Principal, Dr JOJ Ukonu advised the governor’s field officers to always give him correct situation report  of happenings in the State than telling him lies so as to be seen as good lieutenants.
Dr Ukonu described the pensioners rally as apt since it is the only avenue the old men and women can ventilate. 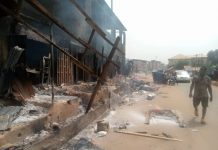 Many Feared Dead As Orlu Boils ... 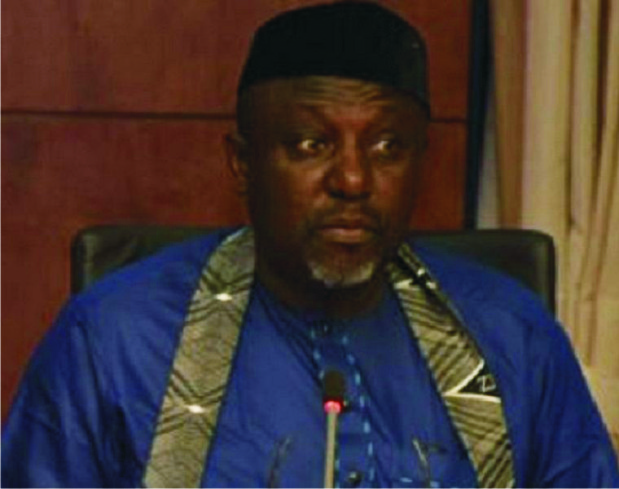 No Face Mask, No Entrance Into Catholic Churches In Owerri Diocese