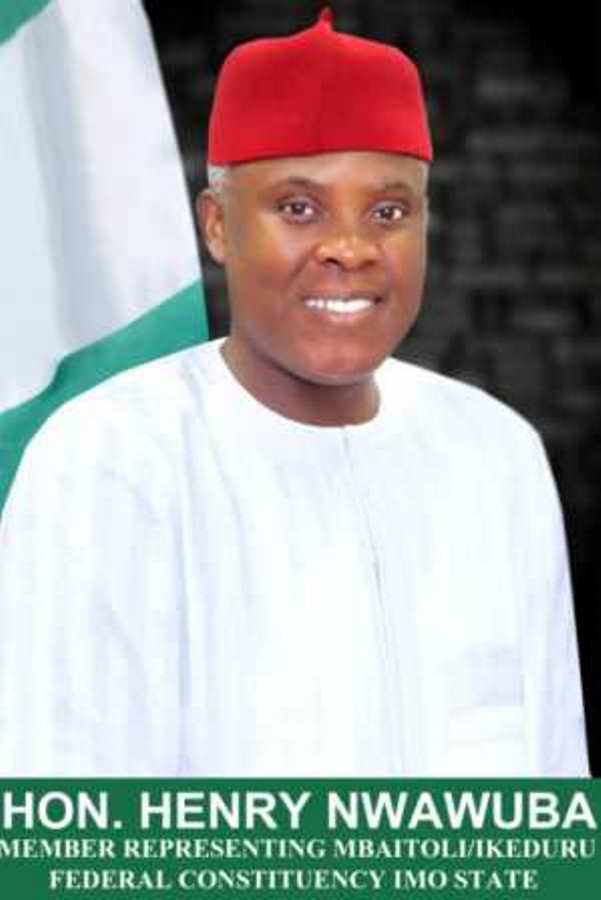 The attention of the Honourable Member of the House of Representatives for Mbatoili/Ikeduru Federal Constituency, Rt Hon Henry Nwawuba has been drawn to wild rumors and allegations of fraud and threats involving participants of a training programme he initiated at the ministry of Niger Delta Affairs for Mbaike Youths.
The sadistic rumors originated by one Ambassador Uche Ogbuagu allege that participants were fleeced of their startup allowances and that their statutory accommodation and transport allowances were embezzled. He also alleges that the number of participants was reduced in order to maximize financial gains by Hon Nwawuba.
These allegations coming at a time the entire constituency is agog with adulations for the ranking member over a very impressive scorecard in the first year of his second tenure can only be termed a minor distraction and indeed an undesirable irritation.
However, in order to disabuse the minds of right thinking constituents especially those from the Ikeduru flank of the constituency who may have been misled by these lies, the office of Rt Hon Henry Nwawuba wishes to present the facts as they relate to this project as follows.
Hon Nwawuba has consistently facilitated training programmes for Mbaike Youths in Agro business and other ventures since his election in 2015 without any hitches.
Under the said Agric programme under reference, he submitted 33 names to the Ministry of Niger Delta Affairs for training and empowerment. Unfortunately, the ministry via an official communication pruned down the list to 20 in compliance with NCDC social distance guidelines. The participants were duly notified and they underwent all the documentation processes including opening of Bank accounts. All allowances were fully paid up at the training venue in Owerri. None of the activities took place outside Owerri.
While the process involving 20 participants was almost completed, a further directive from the Ministry’s headquarters was issued, directing the organizers to further reduce the participants to 15. It should be noted that all 20 had undergone the entire orientation programme and were awaiting the distribution of start up packs.
The initial budget for each of the 20 participants was N300,000. When the number was reduced to 15, the individual take home was increased to N500,000. However, in the spirit of fairness, the organizers thought it wise to discuss with the 15 listed participants to make concessions to the five participants who underwent the same processes with the rest but were excluded due to no fault of theirs.
The 15 lucky participants agreed to pay N200,000 into a pool for distribution to the dropped participants in good faith.
In a strange twist, and in repudiation of the gentleman’s agreement reached to carry their colleagues along, some of the beneficiaries from Ikeduru bolted away with the entire N500,000 leaving their brethren stranded . All pleas to them to see reason fell on deaf ears.
We have since discovered that the dishonorable act by these participants was instigated by vested interests who are bent on creating bad blood and blackmail against the person of Hon Nwawuba.
We have come to the unfortunate realization that to some highly placed individuals, everything is defined by politics and colored by the penchant to paint a fellow man black. We wish to remind those who believe in this as a stock in trade that they are first human beings before being politicians. As human beings, they should be conscious of the judgement of history.
Hon Nwawuba has been at the forefront of the appeal for these five participants to be carried along. It is preposterous to imagine that he will deprive his deserving constituents of monies due to them.
May we therefore call on the well meaning people of Mbaike to disregard the unfounded and self serving malicious rumors making the rounds and to continue their show of support to their son who remains undaunted in the delivery of the dividends of democracy to the constituency.