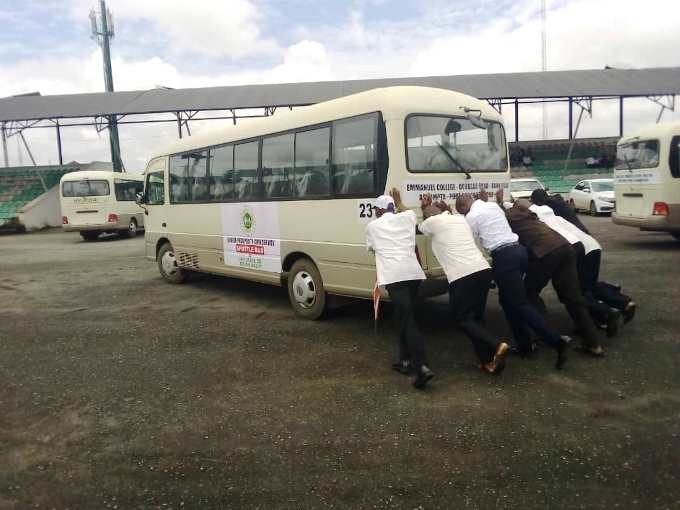 By Okey Alozie
The honeymoon Civil Servants in Imo State have been enjoying concerning free ride to work from their locations to the State Secretariat accompanied by free snacks may soon be a thing of the past if latest information Trumpeta gathered is serious.
Governor Hope Uzodinma few weeks ago, made available buses to convey Imo worker through and fro their offices. According to the Governor, the exercise is for free alongside snacks made available to the beneficiaries.
Two weeks after the buses started the free ride in the State capital, it appears that the popular notion of “nothing is free” on earth is about be applied in the free bus case.
From what Trumpeta gathered from top government officials, Imo State workers enjoying the free ride and accompanying snacks will have to part with N3,000 monthly as subsidy to the free ride.
The said N3,000 will be deducted from their salaries before payment every month for the Transport services and snacks.
Trumpeta further learnt that this policy was subtly made known to the workers through the Heads of Parastatals and government agencies. It was gathered that at a meeting attended by senior government officials from the ranks of Directors, the package was unveiled. The memo, we learnt will be circulated from Monday.
According to those who attended the meeting with the State Government, a circular for the implementation of the N3,000 deduction shall be sent to the various Ministries in the State Secretariat.
This Newspaper was informed that the workers will not feel the impact of the deduction since it was be done at source during salary payment at every month.
Meanwhile, there is outrage over the manner some of the new buses are gradually going down and unable to service the workers just weeks after launch.
A check by Trumpeta correspondent unveiled  that at the State Secretariat Owerri, two of the buses couldn’t move because of breakdown while social media pictures which have gone viral show some of the vehicles being pushed during a breakdown on the road by civil servants.