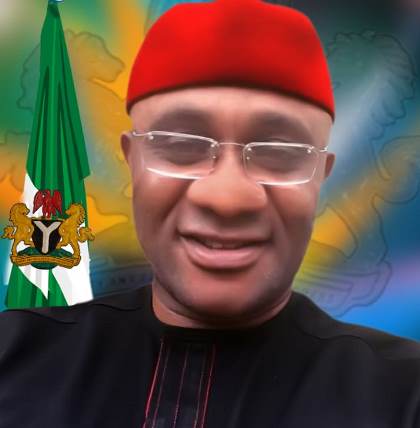 Immediate past member who represented Oru East State Constituency in the Imo State House of Assembly, Hon. Nkenna John Nzeruo has thanked the Governor of Imo State, Senator Hope Uzodinma for the successful flag-off of the Awo-Omamma-Okwudor Road.

The flag-off was held yesterday, October 29, 2020, by the Governor, and with an 18months ultimatum to get it completed.

It is to be constructed with drainages on both sides.

Fielding questions from newsmen shortly after the exercise, Hon. Nkenna Nzeruo extolled the Governor for his vision and resilience in always getting it right.

The total reconstruction of the road, according to the Governor was paramount, considering its economic importance.

Nzeruo while eulogising Uzodinma for awarding the contract to a trusted, quality construction company “Henan D. R”, said to be a Chinese Company, opined that more business growth would thrive on its completion.

Speaking further, the ISOPADEC Commissioner representing Oru East, highlighted that days of suffering, occasioned by poor state of roads will soon be a thing of the past.

Hon. Nzeruo while affirming to the Governor’s speech said the road will tackle infrastructural deficit in the area.

“Activities of both commuters, market men and women, farmers, and even artisans will be strengthened. Accessible roads are boost to improved productivity”

He enthused that the same road had been awarded severally in the past, without it coming to fruition.

However, the past Lawmaker extended gratitude to all Awo Omamma persons who contributed to the success of the flag off of reconstruction of the road.

Also, he sent a warm regard to all the appointees from Awo Omamma; Tony Akuneme, Alloy Nnawugo, Ikechukwu Ekeh, and entire people of the Area.

In a related development, he enjoined all hands to be on deck in repositioning the State, in tandem with the vision of the 3R Mantra of rehabilitation, reconstruction, and recovery.

Nzeruo expressed optimism that Governor Hope Uzodinma, as Godsent is prayers answered, and is leaving no stone unturned for the betterment of Ndi Imo.