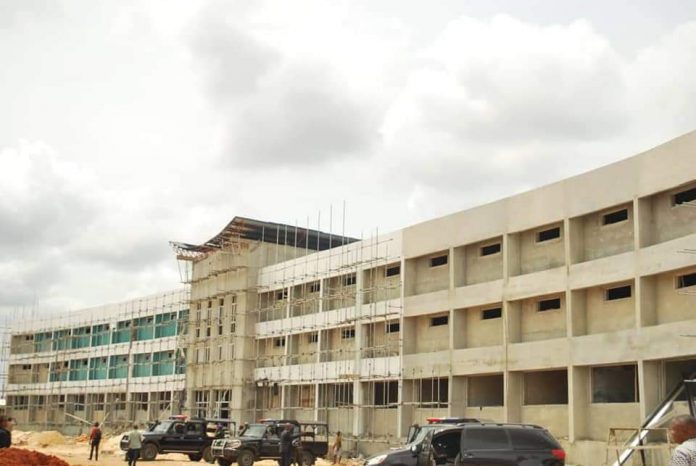 By Okey Alozie
The proposed plan by Governor Hope Uzodinma of Imo State to rebuild Ekeukwu Owerre Market may come at a very heavy cost except a suitable and        conducive remedy is earmarked.
Trumpeta gathered that the market reconstruction plan may likely render three primary schools with over 5,000 pupils homeless as the Owerre capital Development Authority (OCDA) has already marked Waterside Primary School, Samuel Njemanze Primary School and Man Street Primary School premises for immediate demolition.
It would be recalled that Senator Rochas Okorocha’s Administration some years back had moved the Three Primary Schools from their original locations to their present location which originally partly housed the demolished Ekeukwu market. Whereas Waterside Primary School was moved from behind St Pauls Catholic Church, Samuel Njemanze Primary School was relocated from Ekeonuwa Street while Man Street Primary School was also moved from Man Street and all them now sited in one 2 storey building partly on the old stadium premises and partly on the demolished market.
This Newspaper gathered that parents of the pupils in these Three Schools have started making plans to withdraw their children from the schools except a conducive and better new location with good proximity is provided as alternative.
Some of the parents who spoke to our report expressed disappointment on the State Government and vowed to take their children to private schools around their residents if the State Governor Senator Hope Uzodinma continues his plan to pull down the school.
“We need an alternative arrangement within our vicinity
“Our children at their age cannot trek more than necessary” aggrieved parents submitted.
Community Leaders in Owerri in their own submission want Imo State Government to build alternative schools that are not more than 500metres from the original location.
When contacted the Commissioner for Education, Prof B.T.O Ikeagwuoha disclosed that adequate arrangements have been made to relocate the pupils to a nearby place, adding that government has started building a brand new school for the displaced pupils.
“These are my children and I must surely protect their interest. Temporary arrangement has been made for them and within 10 months there new schools will be ready” Commissioner for Education submitted.
Ekeukwu Owerre will be upgraded to International standard. They reconstruction is starting immediately as those who are still at the market space have be asked to vacate the site and go to relief market” he said.
Information revealed that Somtochukwu Hospital located at the center of the market constructed by the Administration of Rochas Okorocha, will be demolished by OCDA any moment from now.
Contractors as we gathered have started bringing their equipments and will swing into action today or tomorrow.