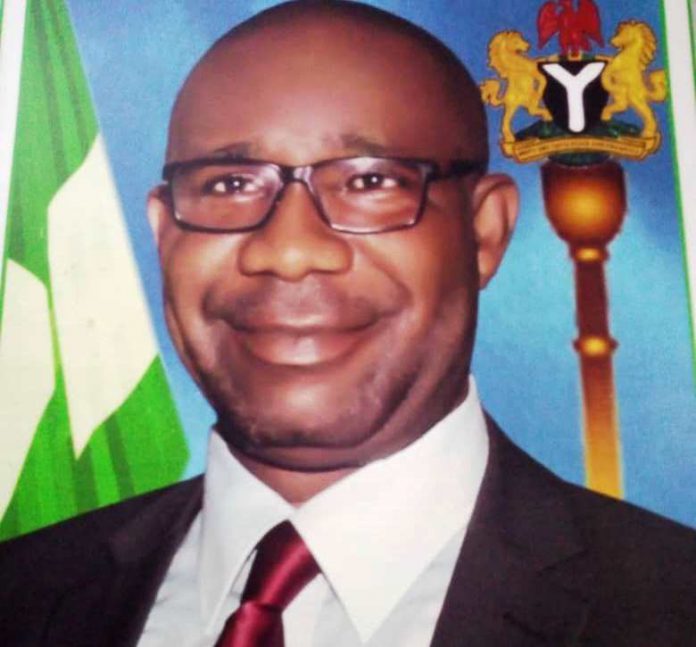 By Onyekachi Eze
The representative for Oguta State Constituency at the Imo State House of Assembly, Hon. Barr. Frank Ugboma, has expressed discontent over the activities surrounding the recently amended House Rules of the State Parliament.
The State House of Assembly, yesterday in its plenary session amended Order 11, Rules 61, 62, 63, following a motion moved by the Deputy Speaker of the House.
The amended, according to the Chief mover was aimed at instilling discipline among Lawmakers.
However, Hon. Frank Ugboma has differed on some grounds.
In an interview with Trumpeta Assembly Correspondent in his office, the Oguta Lawmaker threatened to rather resign, than keeping quiet in the face of tyranny.
At first, he gave a preamble to some sections of the Nigerian Constitution, Sections 100, 101, 102, 103, where it clearly specifies the duties of the House of Assembly, and its powers.
Ugboma stated that the same Constitution of the Federal Republic of Nigeria gave the House of Assembly to make and regulate its affairs, which he said were unbiased.
Hence, he posited that the same Constitution in section 36 unequivocally gave the power for fair hearing.
Hon. Ugboma opined that in trying to regulate the House, each and every Member must not be ambushed, but be given an opportunity to make contributions.
He said, “For crying out loud, where it failed on arrival is at that, there must be a formal service of notice, by way of a motion, not on point of order, orally. There is no e
Emergency to that effect. You raise motion on point of order when there is emergency, not on the laws. There is no hurry in it”.
Ugboma added, “It was an orchestrated plan towards shutting up some people, which I believe, I am one. Shutting up the opposition”.
He said if they are afraid of the Minority group coming after their allowances, alleged to be shared by the Majority, they rather have a rethink.
Furthermore, the Legal practitioner recalled what transpired in the past, where a fellow House Member stood and say that opposition sponsored the vandalization of police stations, during the ENDSARS protest, when he said he knew how much he spent in ensuring protection of lives and property of his constituents.
To that effect, he asked in such situation, if he was expected to keep quiet while a colleague accuse him falsely and directly.
“I am not supporting violence, no, but I am saying each and everyone on the planet earth must be given opportunity to fair hearing. You can’t stand on the floor of the House and say I am a criminal, and when I respond, someone would stand up to say I am liable to suspension. No, no! That is foolishness”.
“So, if in their widest dream anybody feels that he is trying to shut me up, that person is wasting his time. I can’t shut up in witnessing tyranny. I rather resign. I will never keep quiet in the face of tyranny. God forbid. That is a killing to my conscience. I will never! The amendment was targeted at the opposition, and I know I am also involved”, Ugboma said.
Meanwhile, it could be recalled that Members in the opposition group, (PDP), had been grumbling and making complaints over a slash in their allowances.
They had claimed that their colleagues in the Majority (APC), earns 50% higher than them.
That ordeal, Trumpeta learnt, is still unattended, till the amendment of House Rules surfaced.