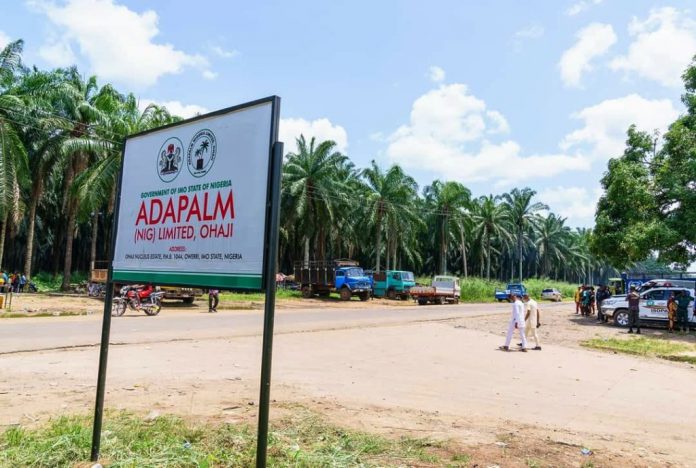 Following what they tagged as lack of attention from successive administrations in Imo State and allegations of marginalization in the distribution of basic amenities of life, people of Ohaji in Ohaji/Egbema LGA of Imo State have considering joining Rivers State instead of languishing in Imo.
This move became glaring last week as it dominated discussions among people of the area, especially the youth leaders who said it is their survival option.
Ohaji made up of not less than 20 communities that produce seven INEC electoral wards, alongside others from Egbema communities from Ohaji/Egbema LGA.
Ohaji is a border town to Ikwerre, Etche and Ogba, Egbema, Ndoni LGAs of Rivers State.
Apart from rich agricultural attributes that make the area the undisputable food basket of Imo State, Ohaji  is blessed with natural oil and gas deposits that led to its inclusion as one of the oil producing areas of Imo State.
Trumpeta learnt that despite these rich contents and mass land for developments, it has remained poorly developed with successive governments in the state looking the other way in the provision of basic amenities.
This newspaper learnt that aggrieved youths of the area, said to be disenchanted with the indifference attitude of state governments of the past and present towards their plights are surreptiously planning to be part of Rivers State from Imo.
Trumpeta was reliably informed that the prime umbrella association of Ohaji youths; the National Congress of Ohaji Youths (NACOY) has been notified of the plan and working in concert with the architects of the move to ensure the movement to Rivers State becomes a reality.
Already, the NACOY leadership is alleged to be considering the idea of shifting to Rivers State as Imo State has poorly  treated the people of Ohaji  and without the required  due regard.
A pro Ohaji Movement to Rivers campaign poster been bandied about by those clamouring for the shift, while releasing  a Hashtag of #Proudlyohaji# and #Say No To Marginalization#further adds#Imo Let My People Go#. Other Hashtags are #Ohaji ready to leave Imo State#, #We are going back to Rivers State#.
Explaining reasons for the move, the campaigners disclosed that unlike their neighbouring communities in Rivers State, there are absence of basic amenities like “No Road, No Electricity, No Hospital whereas we produce oil, we produce gas”.
While expressing that their “Mumudondo” the youths decried a situation where no single Ohaji community has access to public power supply in the past six months.
And that despite housing mega oil producing installations for oil and gas, the people have remained in darkness for years.
Going further in their lamentations and reasons to quit Imo, the youths leaders complained how millions  of naira an of oil company paid to government for electricity project of Umuapu, Ihile, Obitti and Awarra/Assa areas suddenly grew winds has led to the abandonment of the project thereby dashing the hope of enjoying public power supply.
The youths also complained that there is no functional General Hospital anywhere in Ohaji communities other than the rag tag and ill equipped health centres. Mention was also made of no road construction in Ohaji for years while the existing ones are in very bad condition.
According to one of the youth leaders, the litany of woes worrying people of Ohaji are enormous, which prompted the move to leave Imo to Rivers State.
Further complaints have it that since the exit of Chief Ikedi Ohakim as governor, his successors have persistently brought in policies to stifle life out of a higher institution; the Imo State Polytechnic, Umuagwo, located in Ohaji.