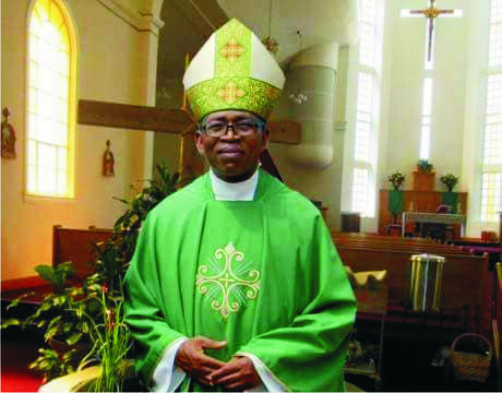 For the umpteenth time, the Archbishop of Owerri Archdiocese, Anthony AJV Obinna has lamented the unprecedented killings of people of the state by the military.

It would be recalled that at the climax of the unknown gunmen attacks in Imo State and subsequent military responses which witnessed several deaths, Archbishop Obinna who visited the Federal medical centre, Owerri, mortuary raised the alarm over the high number of corpses at the morgue.

Disturbed again by recent development, the issue related to extra judicial killings and overflow of dead human bodies at FMC mortuary dominated his sermon on Sunday.

Delivering the homily on Sunday during a mass celebration with Owerri Archdiocesan Council of Catholic Men Organization, at Maria Assumpta Cathedral, Owerri,  Archbishop Obinna said: “I am very worried about the senseless killing of our youths. I am extremely worried that scores of unidentified corpses are lying in the FMC mortuary. They are in varying degrees of decomposition.

“I visited the FMC morgue in the past week and what I saw in the place, shocked me beyond description. I saw what I can call corpses yard. They were mainly lifeless bodies of our youths, the fathers of tomorrow, who were senselessly mowed down by both the state and non-state actors.

“The question we must ask now is: With the rate of killing in our land today, are we likely going to have fathers in the days ahead? Only a few hours ago, I got wind of killings by soldiers and the arson that followed at Izombe, Oguta local government area of our state. Bloodletting is getting off hand.

“Soldiers have been pumped into the South East, thus militarizing the area, to the discomfort and temptation of the citizenry.”

He recalled with grief that a death threat is now hanging on the necks of the bishops that took part in the recent meeting with governors in Enugu.

“What will anybody or group gain, if they kill me? At over 70, I am already heading to my grave. Anybody that kills me now, did not do it early. Also threatened is the Catholic Archbishop of Onitsha, Most Rev. Valarian Okeke. Let’s see how far the planners will.