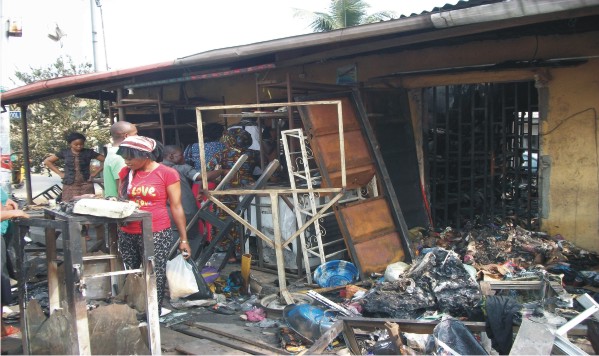 Since last Friday the sleepy Community of Izombe in Oguta LGA is still sleeping following a fight over ownership of an oil bunkering business pit in the community.

Trumpeta Newspaper learnt that two different youth groups manning two different  bunkering pits in the community had a face off which prompted one  of the groups to invite the army personnel  officially stationed at the Addax oil company in the area to come and deal with their opponents.

A source who spoke to Trumpeta Newspaper on condition of anonymity said the group that invited the soldiers, allegedly, induced them which made them act with despatch.

The military men, about four in number, on arrival at Amaukwu village square with their Hilux van where the other group was staying, started harassing and kicking the youths asking them to lie down.

In the confusion that ensued, the boys who were relaxing over some bottles of beer wanted to know why they should be treated in that manner. At the peak of the maltreatment, one of the boys whom our source identified as Chukwunonso Iherue(aka DJ latest)from Umuokwu Izombe and an escapee from the recent Owerri jail break, ran away which prompted one of the soldiers to shoot at him and he died instantly.

His death infuriated other youths who immediately attacked the soldiers, killing two of them, set their hilux van ablaze while the remaining two who had ran to the palace of the Aborshi Autonomous Community traditional ruler, Eze Pius Muforo for safety from where they were said to have scaled his fence, jumped into a Catholic church compound, disguised themselves with only boxers and tee shirts and escaped to Owerri.

Within a space of thirty minutes, Umuokwu, Umuorji and Ndioko villages which make up the Aborshi Autonomous Community had become a ghost town before the arrival of a reinforcement of soldiers.

The army arrived in eighteen hilux vans and one armoured vehicle but to their chagrin the entire Community was deserted, they then resorted to setting houses ablaze. About sixty houses were set ablaze.

At the peak of the burning of houses, some villagers who ran to Emmanuel Anglican Church,  Izombe, would have been attacked but for the pleading of the Vicar in charge, Venerable Kelechi Okparaeke who had addressed the rampaging soldiers in his clericals

The setting of houses ablaze would have continued unabatted if not for the timely intervention of one Major- General Kalu Egwuagu(Rtd) who made the necessary contacts and later addressed the soldiers who were called to order and hence their subsequent withdrawal.

An indigene of Izombe, Chief Nicholas Nnabue in his reaction described the chaotic situation as unfortunate adding that the community had suffered similar incidents in the past.

According to Chief Nnabue, in 1986 Izombe suffered house burning during the Izombe/ late Eze Boniface Nwauwa imbroglio followed by a moment of unrest tagged “No Story protest” of 2006 and now the ” bunkering assault” of 2021.

Some villagers, amongst others, who were affected by the disaster included Venerable Dr Sunday Iherue, Chief Marcus Nnanna, Margaret Nnanna, Mrs Monica Onyejiriuwa who all lost their residential buildings including posh cars parked in some of the premises.