As politicians begin to work on their political destination in 2023, it’s certain that many of those who constitutes the present Imo State House of Assembly May not have another stint at the State legislature.

After 2023, the tendency that majority of those who found their ways into the hallowed Chambers of the State in 2019 may bid bye to the House of Assembly is high.

Many factors will shape this arrangement as Assembly Vibes goes deep to showcase those who are likely on their last lap in the State Assembly.
Considering that no member of the House has had a three time tenure, those on their second tenure may be on their last voyage  in the Assembly complex as elected members.

Another factor that will also shape those not likely coming back is the issue of zoning.
Some State constituencies are stoic believers and operators of zoning formula where no member has broken this arrangement to earn a second missionary journey.
More considerate in the factors that will determine who comes back is the future ambition of some of the lawmakers who are eager to upgrade to either House of Reps or Senate of the various Federal Constituencies and Senatorial zones respectively.

Chiji Collins: Having merited a second term, it is possible that the people of Isiala Mbano may not grant him another chance.

It may also be noted that his Osu clan may not be chance to file a candidate for his position.
Isiala Mbano has three divisions for political sharing; Ugiri, Osu and Eziama. Chiji is from Osu.

Kennedy Ibeh: With two time records, he may be out of favour again to get the mandate of Obowo people for another shot.

Arthur Egwim: The body language of the Legal Practitioner turned Lawmaker speaks boldly of his next move. Rt. Hon. Arthur Egwim represents Ideato North LGA and  a ranking member, is believed to be eyeing the green chambers by 2023. It would be a fight between him and his brother, Dr. Paschal Obi. Egwim is among those tipped for higher political grounds.

Ngozi Obiefule: Mother General as fondly called by her colleagues speaks for Isu State Constituency. She is also in her second tenure. Obiefule as it stands now cannot be predicted because she is on the exit door ahead 2023.

Uche Ogbuagu: Although a first timer in the Legislature, Hon Uche Ogbuagu of Ikeduru had already made his next political move known.

During his last birthday bash at Akabo, the ace comedian disclosed of running for the Federal seat of Mbaitoli/Ikeduru in 2023 with a yet to be disclosed party platform. It is obvious the seat of Ikeduru is vacant for 2023 as he eyes Reps seat.

Uju Onwudiwe: Looking at another member that may not have a soft landing in 2023 is Amb. Uju Onwudiwe, otherwise known as Igolo Njaba.
Aside going to face a tough political tussle, Onwudiwe may be bidding farewell to her Njaba Constituency, having gone for two consecutive tenures.
Moreover, the legal battle she encountered in the past outing may be a quick reminder for her to delve into another political outlet to continue to be relevant in the system other than seeking for a re-election.

Obinna Okwara: The Prince of Eshi kingdom of Nkwerre LGA is about completing a second term in the parliament.

Okwara’s first experience was in the 7th House, and now the 9th House. Vying for another tenure may be an impossible mission, as a fresh politician may have the aspiration.

Eddy Obinna: Eddy Obinna of Aboh Mbaise may also not have a come back to the House of Assembly after general election. Despite a first time who may vie for a second term, Aboh has a zoning formula other clans will challenge. Obinna is from Uvuru clan and has to contend with Nguru and Enyiato clans for second tenure.

Philip Ejiogu: Hon Philip Ejiogu is another Lawmakers who will likely be knocked out based on Owerri North sharing formula. In the history of the constituency, it has been one tenure for each block.

Michael Crown: Michael Crown will have one tenure slot if the Uboma and Ihitte sharing formula will come to play in 2023. No Lawmaker has tried to break this jinx  irrespective of party leaning and the case of the fair skinned House member may not be an exemption.

Why Imo Varsity VC Was Sacked 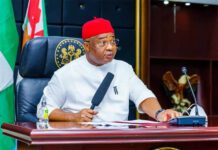 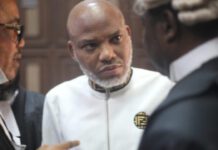 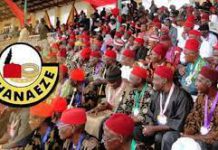 2023 General Elections: Ohaneze Youths Caution APC On Comment Against Use of BVAs