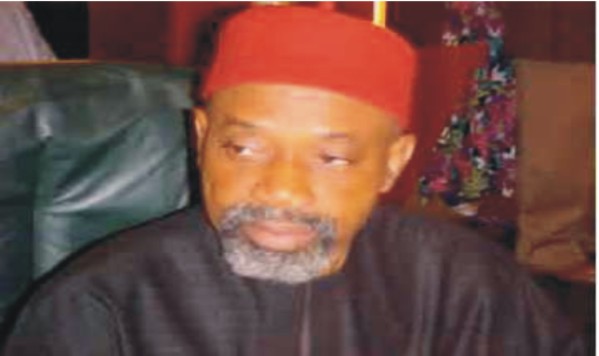 Dr. Chris Ngige, the Minister of Labour and Employment, has expressed his optimism that President Muhammadu Buhari will do all he can to free Nnamdi Kanu, the detained leader of the Indigenous People of Biafra (IPOB).

According to Ngige who’s also the former governor of Anambra State, Buhari “can use the prerogative of mercy, pardon, nolliprosequi or withdrawal of charges”.

Recall that President Buhari had said in a meeting with respected Igbo leaders last Friday that although the request for the unconditional release of Kanu is a very difficult one, he will consider it.

According to Buhari, an unconditional release of Kanu, currently standing trial, runs contrary to the doctrine of separation of powers between the executive and judiciary.

However, Ngige feels for Buhari to have made that statement, he will definitely act.

“President Buhari can use the prerogative of mercy, he can use pardon, he can use nolliprosequi, he can use withdrawal of charges. He knows what is best for the country and for our Igbo Nation because our place is in turmoil. The South-East is in turmoil economically, politically and security-wise,” Ngige told Vanguard in an interview at the weekend.

Furthermore, on whether he believes President Buhari would facilitate the release of the IPOB leader, the Minister said: “The President I know has never said publicly to any delegation, ‘I will consider your request, it’s heavy but I will consider it’ in the last six years that I was with him in government. I am optimistic he will do something.”