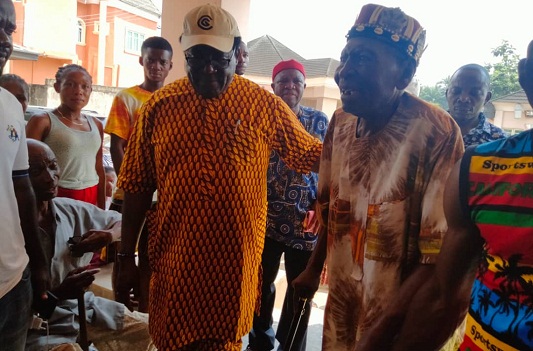 Barely six days after his abduction, the father of the former Deputy Governor of Imo State, Prince Eze Madumere, HRH Eze Henry Anoruo Madumere, to the delight of the family and well wishers reportedly regained his freedom.

Trumpeta gathered that Pa Madumere who is the Traditional Ruler of Ezi-Mbieri Autonomous Community was released by the kidnappers in the early morning of yesterday.

This paper equally ascertained that the Monarch was taken straight to the hospital for medical checkup.

Although this paper cannot say for sure if a ransom was paid for his release, he was however received with thunderous shouts of joy by his family and subjects who were thanking God for his safe return.

Recall that the Monarch was abducted some days back on his way to a burial in the state.