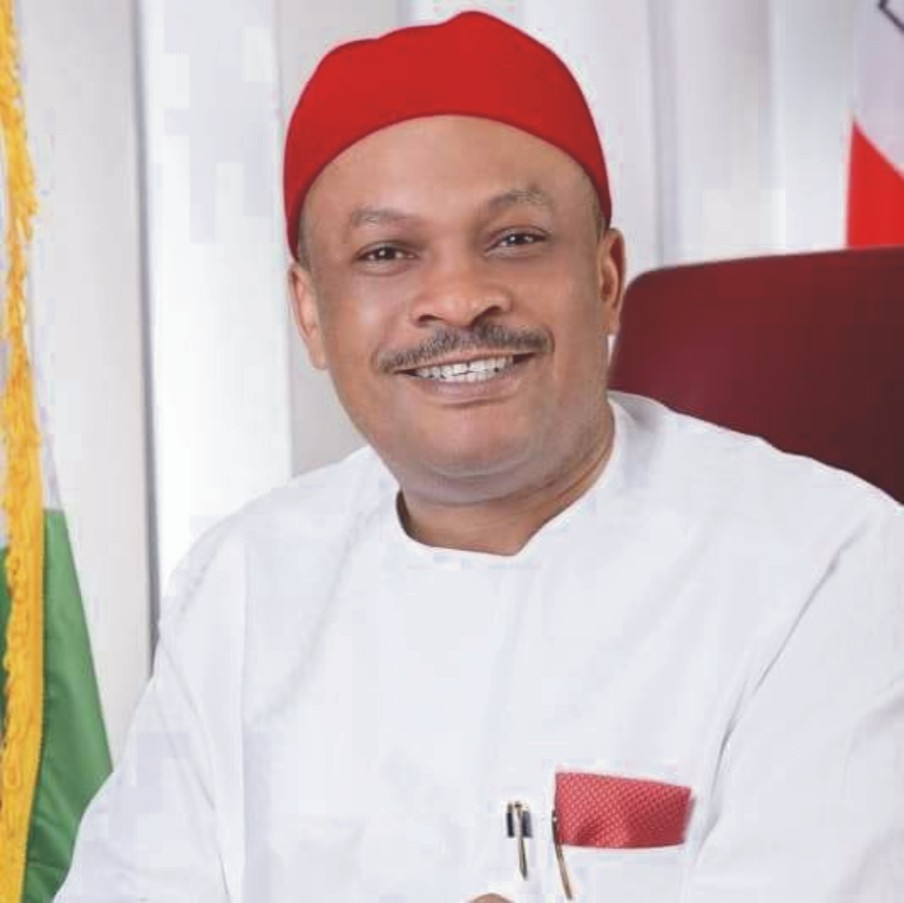 According to a medial release made available to Trumpeta which was signed the Media Adviser to the former Senator for Owerri Zone, Ikenna Onuoha the plot is to allegedly portray the tow time Imo House of Assembly member as a leader who is not in touch with his party’s program.

“The public is hereby alerted of a smear campaign against the National Secretary of the Peoples Democratic Party (PDP), Distinguished Senator Samuel Nnaemeka Anyanwu by disgruntled political elements in Imo state, who have been shopping for pliant online media that will serve as accomplices in their nefarious act.

“The underground plot is designed to portray Senator Samuel Nnaemeka Anyanwu (Samdaddy) as a leader that is neither popular nor in touch with the programmes of his party in Imo State.

“The alleged plot initially, was meant to be fully implemented in the days ahead by a squad of selected online media publishers and social media influencers after being heavily mobilized financially by some political misfits.

“Information available to us indicate that to achieve their game plan, the orchestrators of the move will spend money to procure stories in the media with unsubstantiated claims and consequently sow seeds of discord in the state chapter of the Peoples Democratic Party (PDP).

“Further information show that these greedy and already failed politicians with cosmetic public images are embarking on this futile mission as part of efforts to present themselves relevant as being on ground and in touch with the activities of the party, when same people did everything to starve the party in the state. Our joy is that every committed member of PDP in the state is aware of their antics which surfaces during election year.

“Part of their game plan as gathered is to launch orchestrated campaign of calumny in the days ahead, in which Senator Samuel Anyanwu would be portrayed as not being in charge or on ground to participate in the activities of PDP in the state when they know that Samdaddy is on national assignment, a narrative already started from a procured offshore medium by the instigators.

“Money and other attractive inducements are being dangled before the online media, and some of them are already complicit, cooking up stories with jejune and unsubstantiated allegations, all to sow seeds of discord and discontent in the state chapter of PDP.

“Members of the Peoples Democratic Party (PDP) in the state and the public are urged to be wary and discerning in what they consume as news and special reports from such online media, as they are in cahoots with agents of destabilization, seeking ultimate political gains at their peril.

“The truth of the matter is that Senator Samuel Nnaemeka Anyanwu remains focused and single-minded in his determination to join hands with members of the National Working Committee (NWC) of PDP to take the party to an enviable height by delivering Osun and Ekiti states in the forthcoming Governorship elections.

“However, Senator Anyanwu feels the pains of most dedicated members who regularly attend party programmes with the hope of meeting him, but alas, become disappointed that he did not show up. This is due to his charismatic disposition, genuine devotion, commitment, contributions and heart of giving to everyone he sees around party premises.

“While we understand how PDP members love Senator Samuel Anyanwu hence, desire to have handshake with him, but his unavoidable absence should not be allowed to cripple party activities since there are other leaders of PDP in the state who should be handy to respond to calls. Reason because, there is no way Samdaddy will divide himself into parts to undertake both national and state assignments the same time.

“It is worthy of note that part of Senator Anyanwu’s moves to galvanize and bring changes to PDP in Imo state is evident on several reach outs he made few weeks ago across the three zones of the state to appeal to aggrieved members who left the party abruptly over unresolved issues to return back is worthy testimonial.

“Also, the avowed efforts of Senator Anyanwu to attract more membership to the party in Imo state, South East and Nigeria at large will not be distracted, and will continue to serve with heart and might, irrespective of all shenanigans.