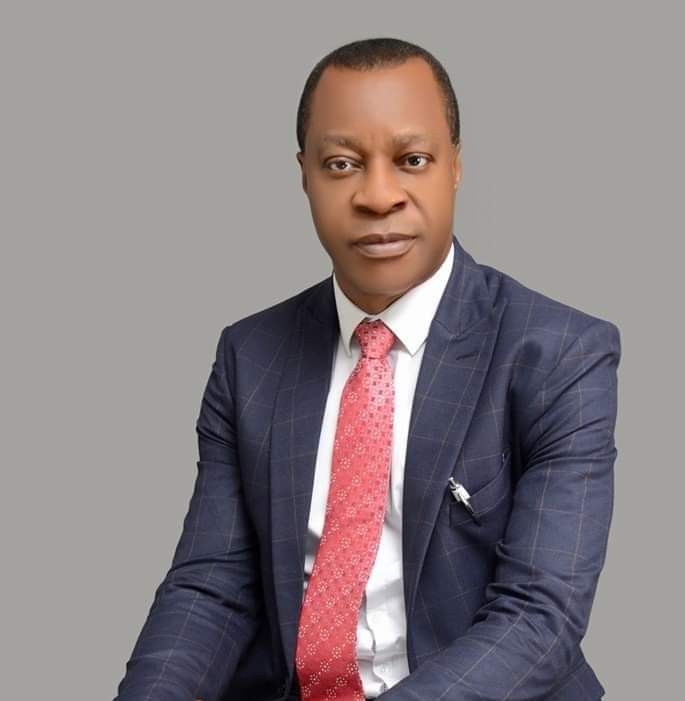 The above subject matter by a very strange and jaundiced writer by name, PETER OKERE and published in an Owerri Based Newspaper.

It is a fact that hungry and angry people abound in the society today and always, always out to blackmail, swindle and deceive people. It is even more rampart and rampaging these days more than ever.

What is their mission? Simply to line their pockets and go away with evil smiles. If not for historical factuality, one would  have refused to respond to the cheap blackmailers and undertakers of the worst putriel bodies, but history calls hence this short response.

What does Chief Henry Njoku (Harritex) want? A simple answer will suffice. Chief Henry Njoku (Harritex) wants peace, love, unity and progress in the state and beyond. Harritex wants the developments of all the segments of the state. He wants all inclusive support for the government and governor, Sen Hope Uzodimma. Harritex wants an end to insecurities and name callings and bad politics in the state.

Those who question the pedigree, personal achievements and drive of Chief Henry Njoku do so out of ignorance or malice or both. For the records, the writer of the ill fated lazy article and their sponsors were rather in a state of flush to dish out their bad cocktails hence they forgot the essence of truth and processes of it’s verification.

One, Chief Henry Njoku (Harritex) has  verifiable educational records, starting from primary school to Secondary and University. The lines are, Okpala Secondary School, Rivers State University of Science and Technology, Port Harcourt, where he obtained his first degree in Business Administration and Enugu University of Science and Technology, Enugu for his Masters degree in the same area. A fact check would suffice. Harritex has classmates and coursemates.

He has consistently and progressively risen in his chosen profession of Freight Forwarding an area he has highly excelled. To his credit, he has held very trust based positions in the field. A few examples may be fine here. Chairman, of the Association’s national electoral board for four years, Chairman of the Association of Nigerian Licensed Customs Agents Board of Trustees for double six years terms, twelve years, first in the history of the Association. First member of the Association to be appointed a Patron of the Association, a position reserved for governors and higher political class. Member, Council for the Regulations of Freight Forwarding in Nigeria, for two terms. This is a Federal Government Agency under the Ministry of Transport, member, International Stock Brokers, among other highly prized positions in the Martial sector.

For those who claimed ignorance of his great rise through dints of hard work and dedication, Chief Henry Njoku ( Harritex) is the CEO/MD, HARRITEX GROUP, with interest in Freight Forwarding, Oil/Gas, Haulage, Construction, Engineering, etc. He is not just a Freight Forwarder but a highly successful and influential one for that matter who owns a world class coporate office  at his base in Port Harcourt with bonded warehouse  These are all successful outfits that employed many people gainfully.

In politics, he stands out. He was among the few financiers of the People’s Democratic Party in Owerri Zone while he was there. The evidence remains. In 2007, he sought the nomination for the Owerri Federal Constituency under the PDP. Though he did not get it, he still joined hands to deliver the candidate of the party Hon Ernest Ibejiako, indeed, Harritex has a major influential player in the politics of Owerri Zone and the state. He was later to be appointed by Gov Ikedi Ohakim a  Commissioner, representing Owerri Zone in the Imo State Oil Producing Area Development Commission, ISOPADEC. Because of the confidence the then Governor Ohakim had in him, he again, appointed him the Sole Administrator of Owerri North where he  went on to become the Vice Chairman of Imo State ALOG. No doubt, Chief Henry Njoku (Harritex) has the mindas touch.

It is imperative to note that the present hirings against Harritex lack proper education and history. For one thing, they ought to have known that Chief Henry Njoku (Harritex) in his friendliness and simplicity does not need an enemy. Their ramblings on his active identification with his friends and associates mark them out as bad and poor commentators with cold hearts.

Not quite long ago, they flew this same kite of his plotting against the Deputy Governor, Prof Placid Njoku, a lie that fell flat. They are on it again, this time trying to instigate him and his brother, Prince Dr Alex Mbata. Again, they will fail as they have always failed

If the sponsors of this falsehood are real and bold people, they should show their faces and not hide under masks to wreck relationships and insult the sensibilities of people through unnecessary but evil incitements.

Chief Henry Njoku (Harritex) is a man known for his truth and steadfastness. His joining the APC, the very first time of his changing political party was to enable him freely support his brother and friend, Sen Hope Uzodimma Governor Imo State. He made it clear that day at the Sam Mbakwe Executive Council Chamber where His Excellency, Sen Hope Uzodimma Governor, Imo State received him that his primary mission was to add values to the government and party and not to struggle for positions. This he has consistently lived up since joining the party. True to his character, Harritex is bringing more people into the party than chasing them away.

He is a leader with a humane heart and natural generosity. He is a leader people look up to, especially the younger generation. He is a leader who has surplus of trust, respect confidence from those he is leading. Harritex is eminently qualified to seek for any position he chooses but he is a team player who plays by the rules.

The cowards who wrote the trash against him should be ware, like it is said in the local parlance, “The thieves have taken enough, the owner of the goods is now aware”

A word is enough for the wise.